From circa 1987 (when the show debuted on CBS) THE UK VHS rental release of WISEGUY's pilot episode.

It's interesting because - as far as I know - this TV movie opener was never granted a follow-up sell through edition.

The Stephen J, Cannell show clocked up an impressive 75 episodes across four well recieved, but mostly low rated, seasons. It ended in December 1990. The cast reunited for a one-time-only teleflick in 1996.

The show aired on Sky One in the UK and - I think - may also have briefly graced ITV's overnight schedules. It never gained the same cultural traction as its Vancouver stablemate 21 JUMP STREET.

It's notable for getting a homage to TWIN PEAKS on air before the show itself debuted.

The show is available on R1 DVD but the all-in-one release entirely omits the pop music arc because the rights proved too expensive to clear for a budget release.

I picked this VHS up from an ex-rental dump bin way-back-when. 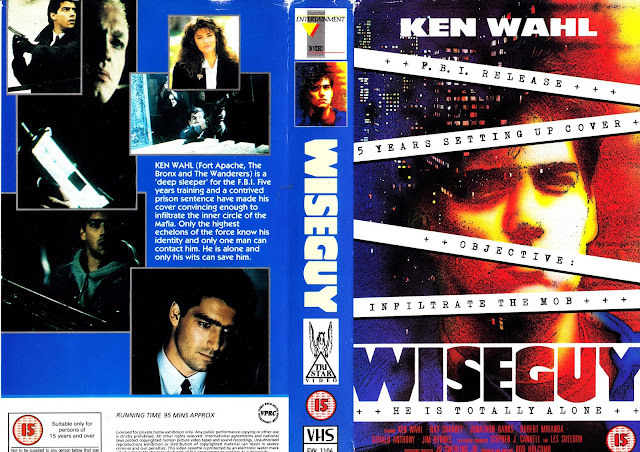