From 1989: an oddity from the vaults of MARVEL UK: THE AMAZING SPIDER-MAN in THE GREAT RAIN ROBBERY.

Published under the Marvel Books banner, this was an easy reading outing for a younger audience. It's a reworked version of the material that first appeared in SPIDEY SUPER STORIES issue 15, published back in early 1976.

As you'll see from the back cover below, this was part of a range of similar softcover books issued by the British Bullpen at the time. They would have been sold in book departments and stores rather than with the comics and magazines.

I particularly like that this one - which i found a couple of years ago in a secondhand store - still has the Woolworths reduction sticker attached. A double whammy of nostalgia.

I don't recall seeing these promoted in the regular comics of the time although it's entirely possible that house ads were restricted to titles I wasn't reading... like THE REAL GHOSTBUSTERS.

Ironically, this appeared during the extended hiatus between the end of SPIDER-MAN AND ZOIDS and the launch of THE COMPLETE SPIDER-MAN. 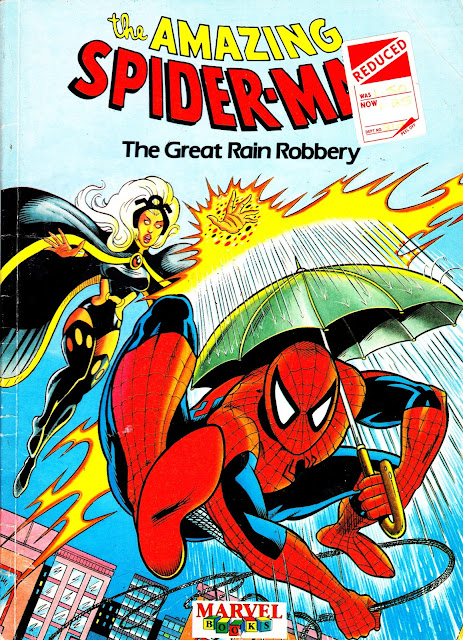 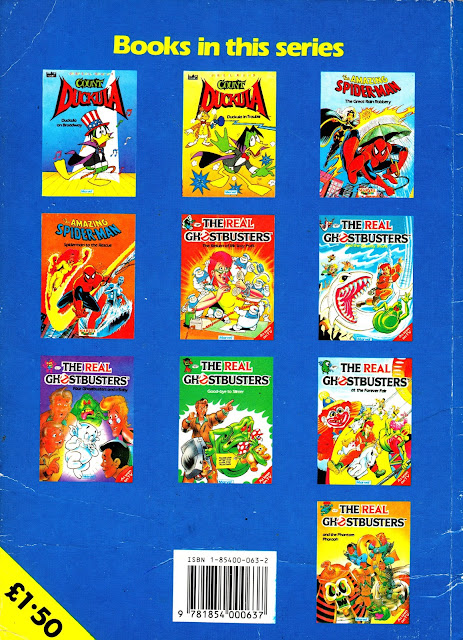