From 1998: the UK sell-through tape release of the second KOLCHAK TVM, THE NIGHT STRANGLER, originally aired on ABC in 1973.

It's not as fondly remembered as its predecessor, or certain episodes of the uneven weekly series that followed, but it's still worth a look. Unfortunately, rights issues mean the movies aren't bundled in with the DVD release of the weekly series but they are available on a single release from MGM in the States.

This was released under the SFX MAGAZINE banner. 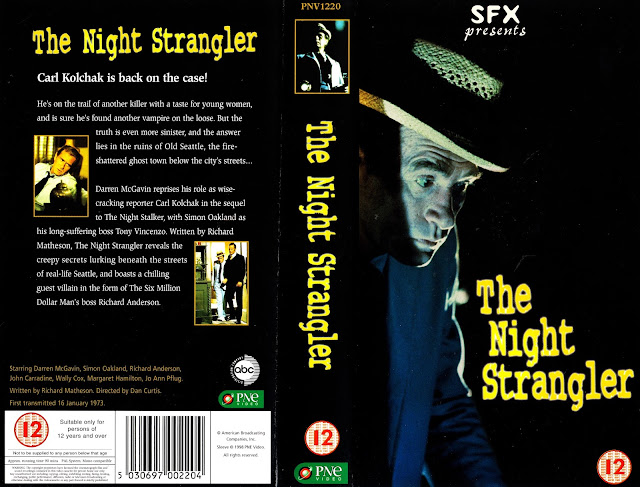 Email ThisBlogThis!Share to TwitterShare to FacebookShare to Pinterest
Labels: 1998, KOLCHAK