"I felt that last year was a lot of glitter and not much substance.  They were lousy stories and not very good characterisations, and I didn't want to see that again."

Talk about PR nightmare!  Here's the star of your show slagging it off (in no uncertain terms) in a national magazine!  This is the infamous Gil Gerard interview from STARLOG MAGAZINE (Issue 40, November 1980), published on the eve of the (drastically) retooled second season of BUCK ROGERS IN THE 25th CENTURY.

It's amusing to see Gerard singing the praises of Year Two as most fans (and, judging by the slumping viewing figures, casual punters as well) regard the STAR TREK-lite reboot (concocted by an entirely new writing and producing team) as generally vastly inferior to the disco-tastic first season.

Personally, I think the feature-length opener (Time of the Hawk) is one of the better Buck episodes from either series.  But - after that - things deteriorate fast with a run of unmemorable shows and very odd production decisions: jettisoning well-liked first-season characters, (temporarily) ditching Mel Blanc as the voice of Twiki, adding the annoying know-all robot Crichton (previously a piece of set-dressing in season one) and - worst of all - adding doddering Brit Wilfrid Hyde-White as cardigan-loving Doctor Goodfellow.  Prime first-season assets Erin Grey and Pamela Hensley were, respectively, given less to do and dropped entirely.

Even Buck's new base, the space ship Searcher, had (in an amended form) previously appeared as the "cruise ship to the stars" in season one. 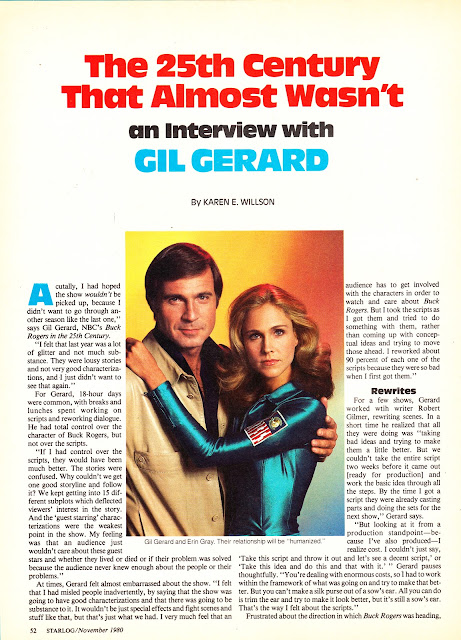 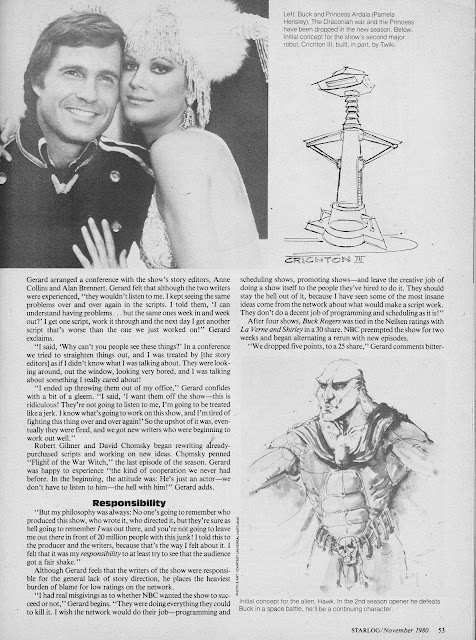 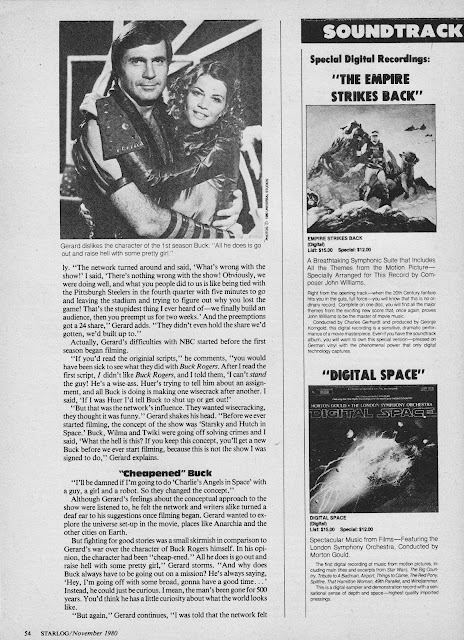 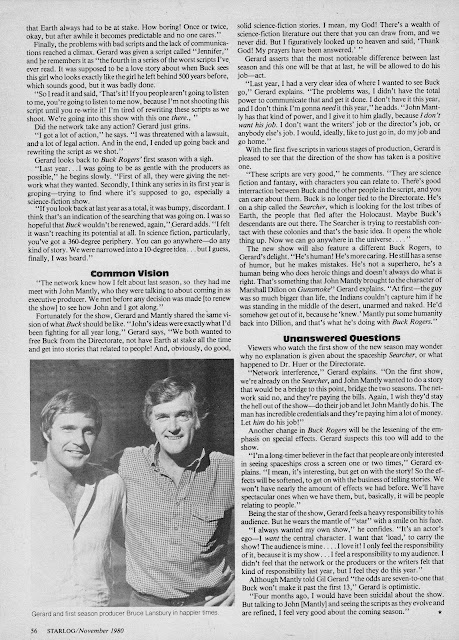