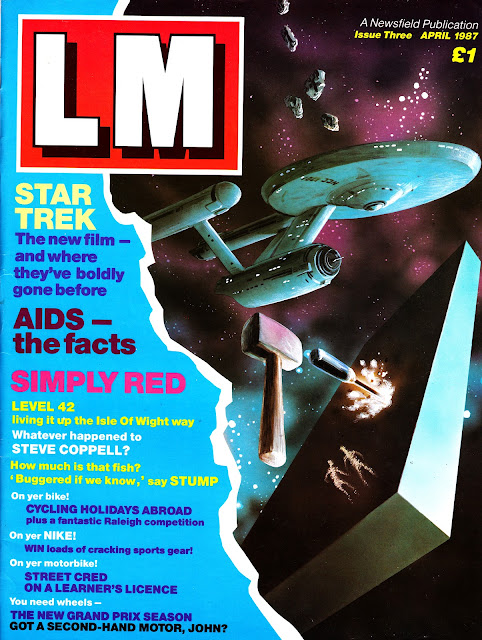 Strange as it may sound, this issue of a long-forgotten British magazine (LM aka LEISURE MONTHLY issue 3, cover-dated April 1987) was a vital geek resource thanks to its comprehensive STAR TREK article (below).

I found the magazine on one of those market stalls that sell new (but a few months old) magazines that have (I assume) been returned as unsolds by distributors.  I never bothered to read the rest of it but the Trek feature was a vital overview of the franchise at a time when I knew very little about it.

What makes it a real blast-from-the-past is the lack of diversity in the franchise: just the original series (and the animated shows) and four feature films.  It was still a Kirk-centric galaxy in early 1987!

I'd long-since misplaced the magazine and couldn't remember the name or anything about it.  But I remembered the article.  I stumbled across a copy in eBay recently... and snapped-it-up.

I have no idea how many more issues (if, indeed, any) LM ran for and whether they ventured into the SF/ cult genre again.  Any ideas? 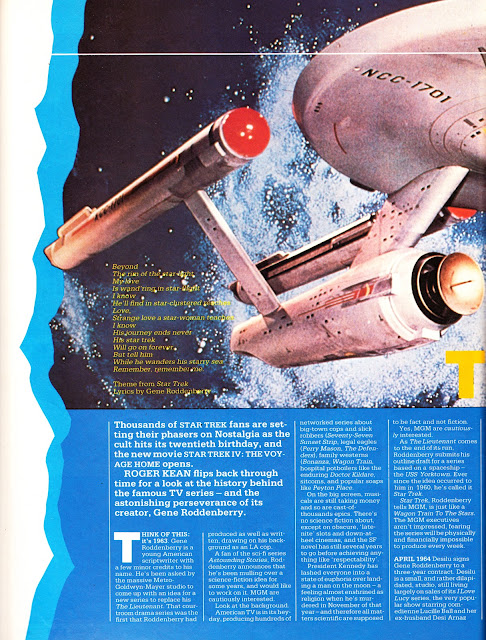 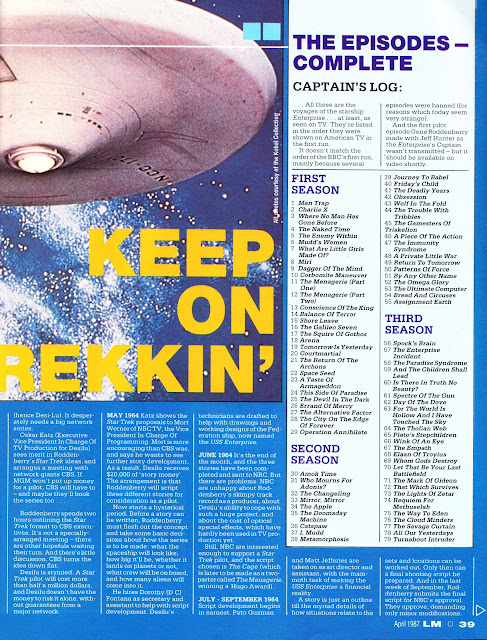 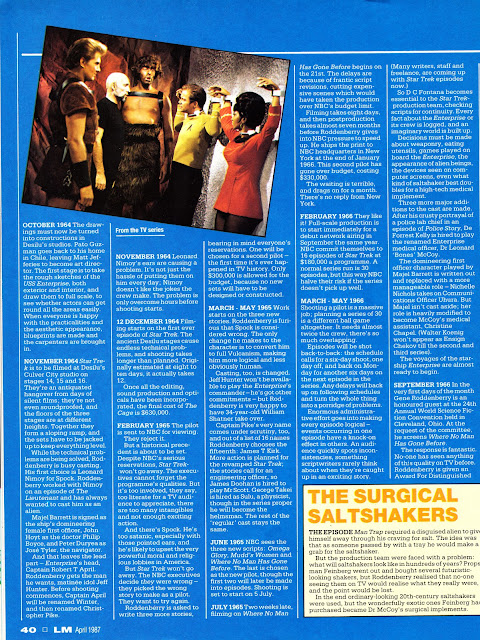 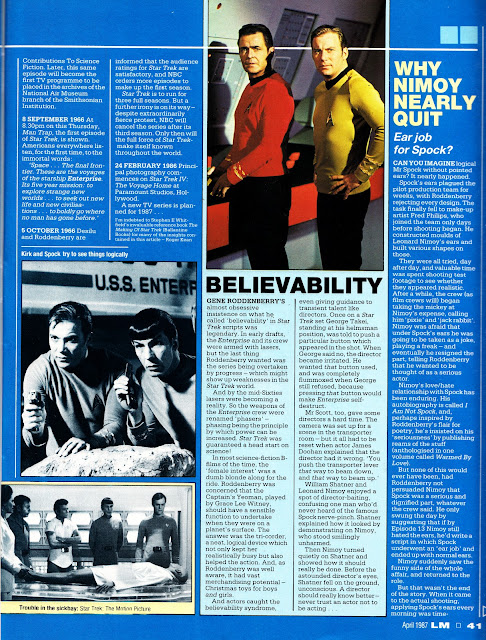 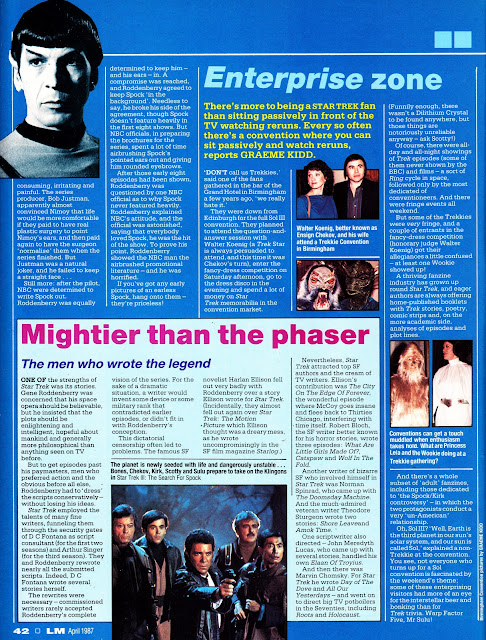 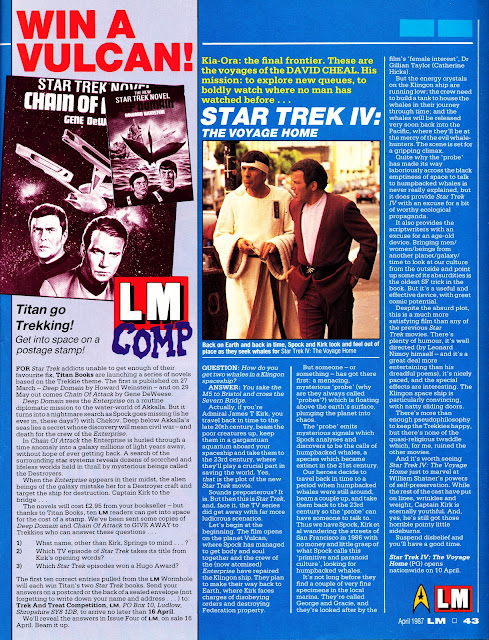