Even on the small-screen, the tele-flick looks underwhelming (hampered by LA locations, the limits of technology, a TV budget and some terrible video effects) so it's easy to imagine how dire this looked passed-off as a full movie.

It must have done reasonable business as it was re-released, as part of a double bill, later the same year and two more cut-and-shunt sequels followed.

The TV show itself eventually arrived on British screens, courtesy of ITV, in the autumn of 1981.  The British Bullpen were prepared for the moment by relaunching the weekly as SUPER SPIDER-MAN TV COMIC with glossy covers and centre-spreads to showcase stills from the show. 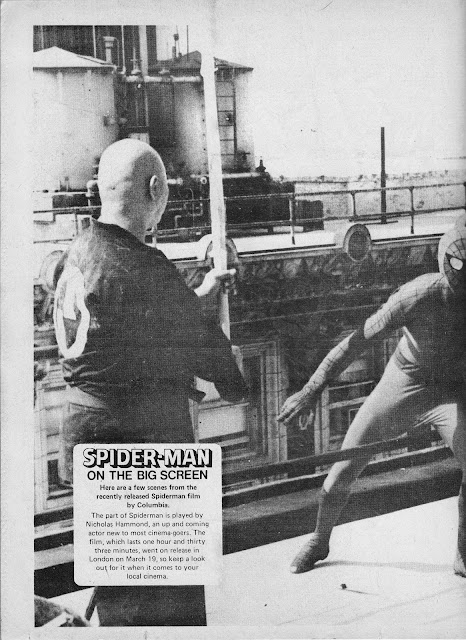 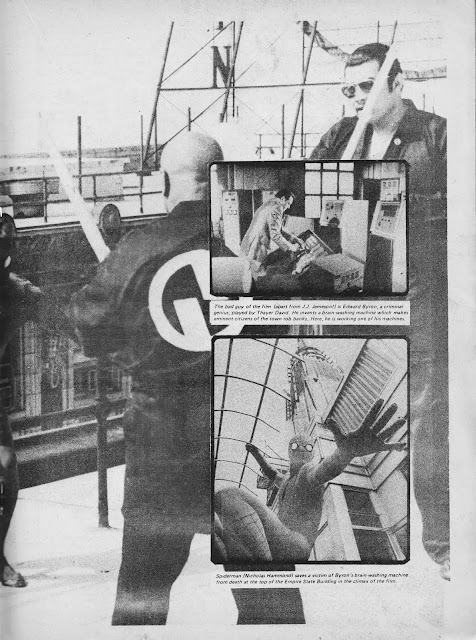