Their predilection to stick rigidly to reprints from (at least) a decade earlier meant that even loyal British readers who'd followed the various launches and closures of the previous few years would still be none-the-wiser about recent developments in the Marvel Universe outside the Spider-verse.

With so many characters, including some entirely unfamiliar ones (unless you were one of the loyal Marvelites who grabbed the US imports from select newsagents), Redan Place had to bring readers up-to-speed.

This DAILY BUGLE cover (which appeared as a double-page spread) was one such way, as seen in the first issue of the British edition in April 1985.

Also below is the first War Office Memos, the editorial page for the new fortnightly.  And - of course - the cover, which reworked the uber-familiar artwork from the first US issue (which also graced the cover of the one-and-only SW annual).

I've posted about the Secret Wars several times before so follow the link below for more Beyonder-themed goodies... 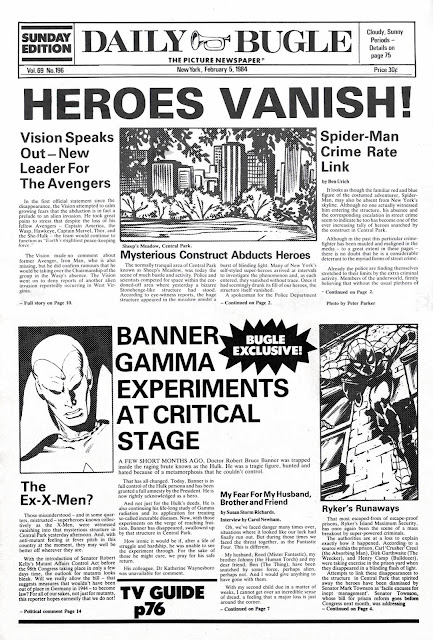 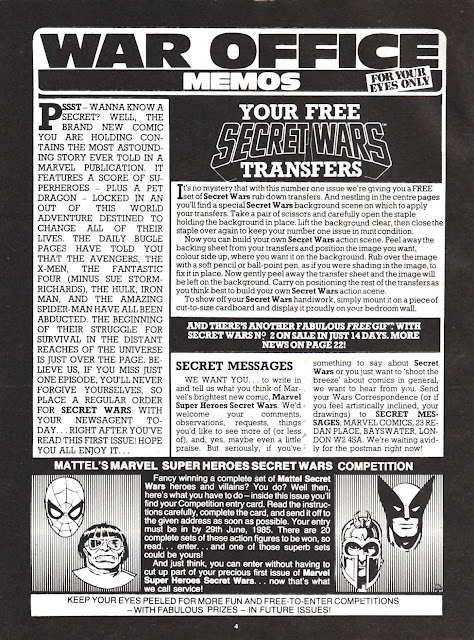 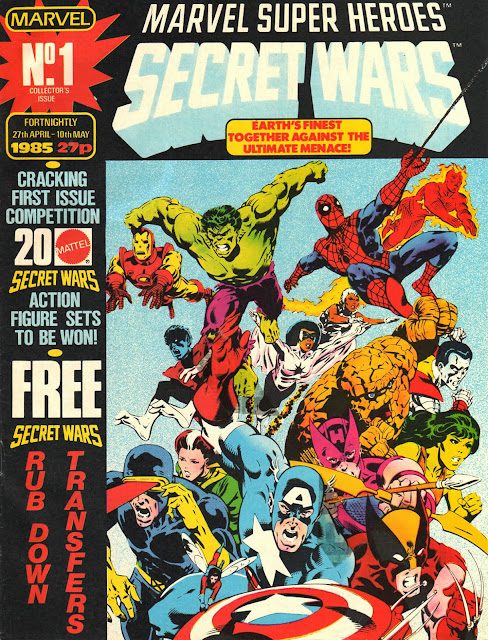