1979: THE BRIDGE OF THE BATTLESTAR GALACTICA (Starlog Magazine)

What was GALACTICA 1980 missing?

Was it most of the original cast?  Virtually any new SFX work?  The talents of Donald Bellisario and colleagues in the script department?  Glen Larson's undivided attention?  The too-healthy-for-TV budgets?  A decent timeslot?  Anyone who seemed to care?

All of those are undeniably true but one of the things I missed most was the Galactica's Bridge.

The soundstage-filling super-set was demolished when BATTLESTAR GALACTICA was cancelled and no-one was so inclined (or likely had the time) to rebuild it for the hastily commissioned sequel.  In fairness, the new Earth-based (read: cheap to shoot) formula meant the set would have been used much more sparingly than on the original.

So, for the occasional Bridge scenes, the makers of G80 pushed some stock walls together, dressed them with some monitors, displays and flashing lights and tried to pass them off as the Communications Centre, supposedly one of the alcoves of the larger Bridge.  Some stock wide shots of the original were inserted in a crude attempt to complete the illusion. 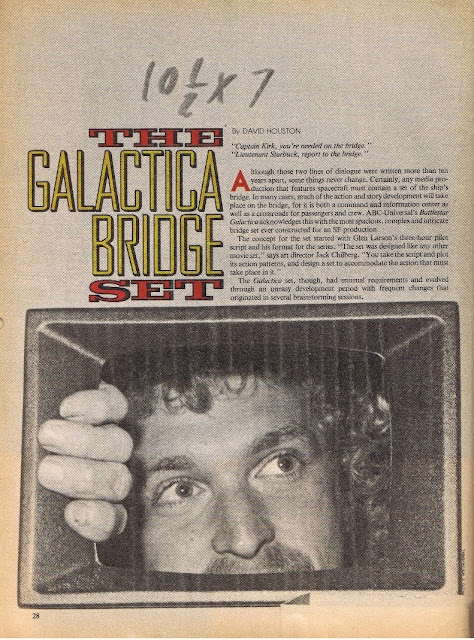 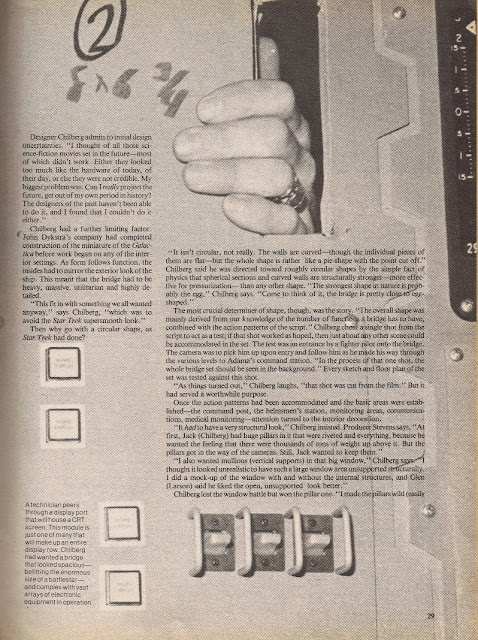 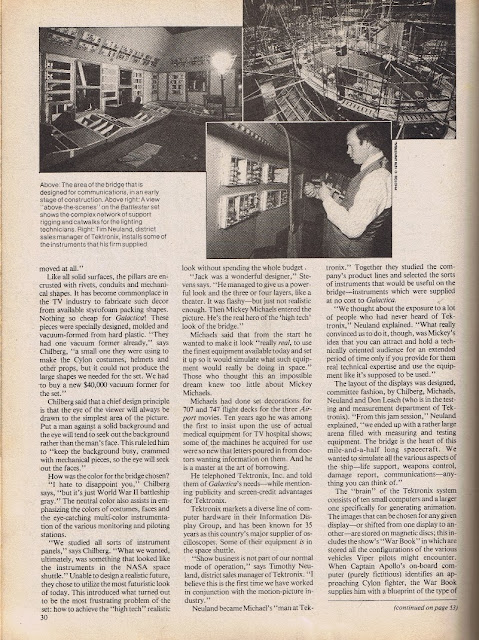 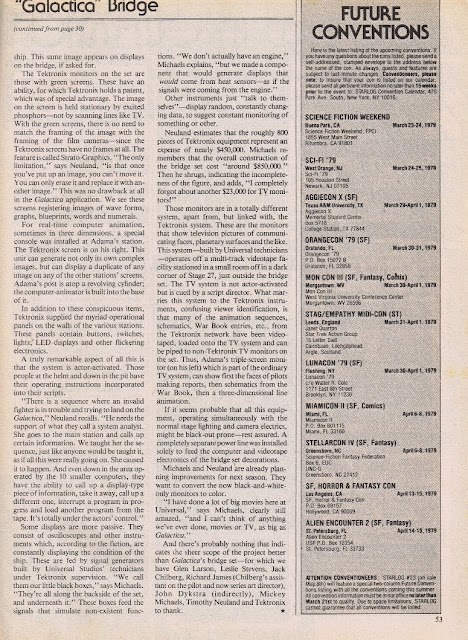