I stumbled across this completely by chance in a random issue of the US magazine TOYFARE: a reader-made custom DEATH'S HEAD figure.  The closest we'll probably get, unless REVOLUTIONARY WAR sets the world alight, to seeing an actual, honest-to-goodness DH action figure.

This appeared in issue 97, cover-dated September 2005.

TOYFARE was a spin-off from the WIZARD hype machine and, as the name suggests, it specialised in action figures and associated shelf-filling nicknacks.  At its peak, it even (for a price) offered exclusive figures as mail-away items for readers.

It expired alongside the rest of WIZARD's print efforts when the company bailed out of the publishing business in favour of organising conventions across the States. 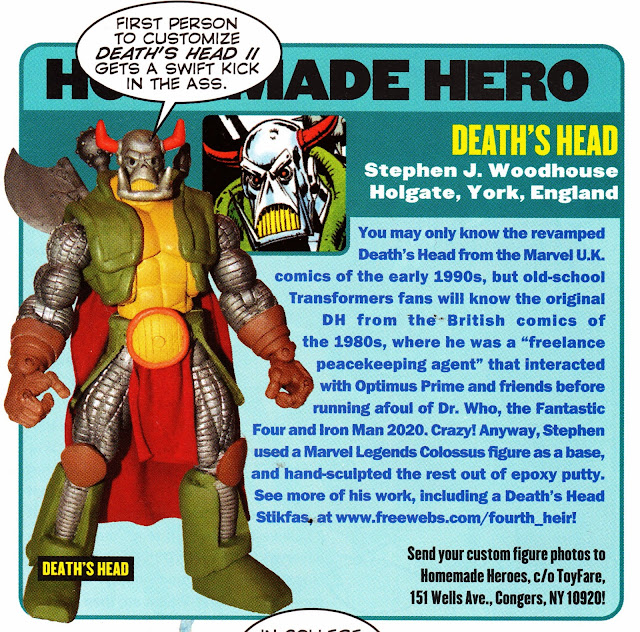