The DOCTOR WHO MAGAZINE SUMMER SPECIAL 1991 had a shooting locations theme with a region-by-region guide to where the show had ventured out of the studio (unsurprisingly, these tended to concentrated in the south and east and within a day's travel of BBC TV Centre).

The Lee Sullivan cover heralded the return of the original comic strip to the specials: Seaside Rendezvous, penned by Paul Cornell and illustrated by Gary Frank and Stephen Baskerville, was a slight five-page romp that has never been reprinted. 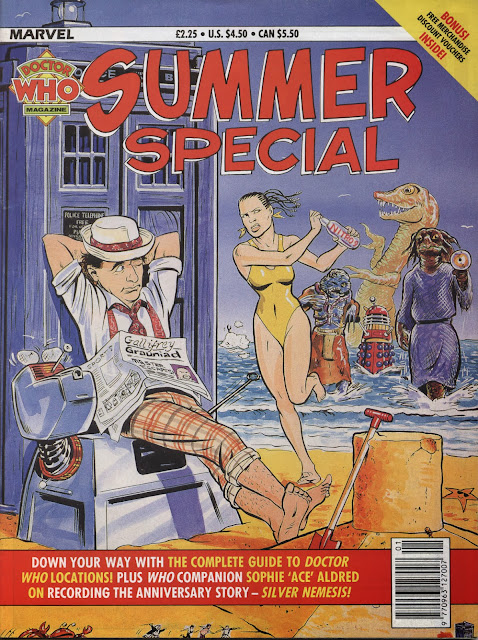 Email ThisBlogThis!Share to TwitterShare to FacebookShare to Pinterest
Labels: 1991, DOCTOR WHO, MARVEL UK