From August 1992: a House Ad for the British edition of ALIENS 3, from Dark House International.

Maybe it was a sign of how the newcomer wanted to shake up the British business... Or maybe they just didn't have a firm grasp about how different it was to the US Direct Sales market... But launching a three issue mini-series in newsagents was highly unusual.

Of course, there are plenty of magazines and comics that only muster a few issues before sliding into oblivion. But that's a different business model.

As far as I know, this was the only time that DHI tried to publish anything other than ongoing series. The three "specials" (maybe the language was the key to getting it past the trade) appeared alongside the just relaunched DH edition of the regular monthly.

The film didn't live up to expectations... Which might have had a detrimental impact on sales. 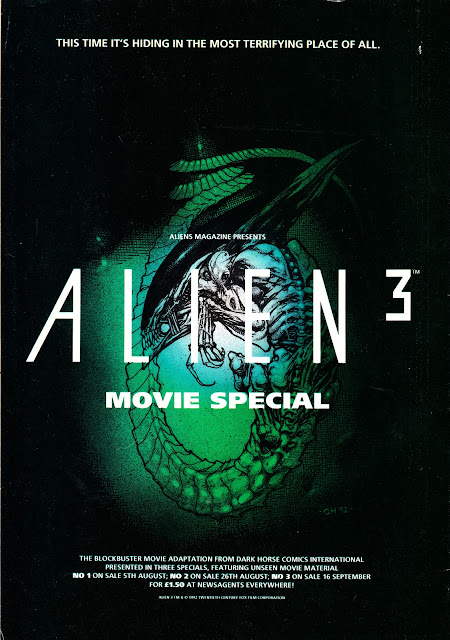