This, unfortunately, really was the last gasp of the British Bullpen'smarketing mahine. Even as this freebie adorned issue of COMIC WORLD magazine was hitting British newsagents (it had pretty good distribution through WH Smith stores and selected independent newsagents, including inexplicably my own local shop which probably didn't carry more than 100 titles overall) and specialist stores (where it served as a nice compliment to the more news-based COMICS INTERNATIONAL from the House of Skinn), word of the Genesis Massacre was spreading through the industry.

The British Bullpen had put a lot of promotional weight behind this and LOOSE CANNONS in the hope that they would address the perception issue that the whole UKverse line was suffering from quantity over quality. Twelve months earlier it had been perfectly acceptable to flood the market with (sometimes) substandard fodder but, now the speculators had bailed, readers and retailers were being more choosy with their pounds and dollars. And, frankly, the amount of British books still surfacing in the 50p boxes twenty years on suggests a lot of retailers had been overordering on an epic (not Epic) scale.

The speed of the collapse was so fast that dozens of books and projects were caught in the final maelstrom. And very few emerged unscathed.

THE CLANDESTINE was one of the lucky ones. Having Alan Davies' name above the door certainly helped but being a Marvel UK book didn't. So it shifted to the US operation. LOOSE CANNONS also looked like an obvious winner but didn't make the cut.

If it comes as any consolation to the Annex of Ideas, TOPPS COMICS, publishers of THE MARK OF ZORRO, also didn't last... Despite bankable franchises like THE X-FILES, MARS ATTACKS, STAR WARS GALAXY MAGAZINE, JURASSIC PARK and XENA WARRIOR PRINCESS.

Those were indeed hard times. 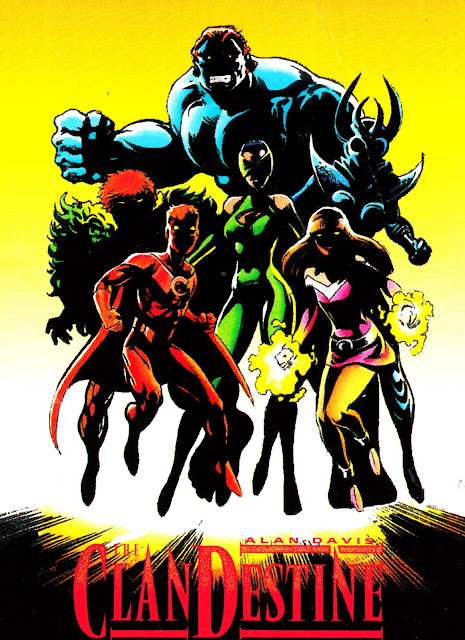 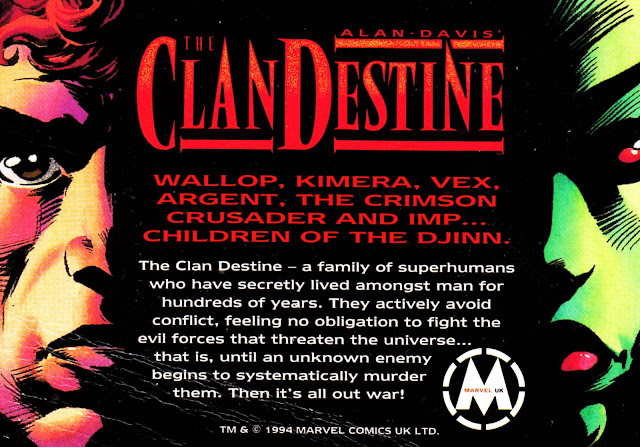 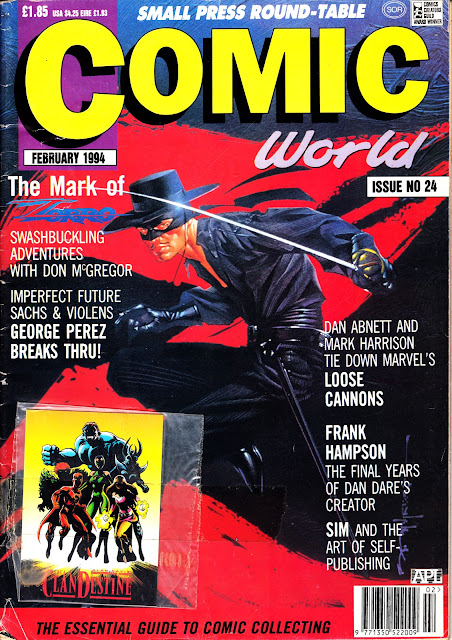