The UK edition benefited from better paper stock and enhanced printing compared with the US original.

This marked the first time that a Trek comics adaptation had been widely seen on this side of the Atlantic for a decade. Marvel UK had published The Motion Picture as an annual and serialised the strips in the pages of FUTURE TENSE.

STAR TREK II fell into the gap between Marvel ditching the license and DC launching their post-Kahn ongoing series. Treks III and IV had been given the DC treatment but, with no British editions, they could only be found in specialist stores.

London Editions were also publishing licensed Superman and Batman British editions (and tried, with no success, to grow the line over the next few years) so this was a natural fit.

The success of THE VOYAGE HOME clearly convinced British publishers that the franchise was gaining mainstream traction as Marvel UK, under the FANTASY ZONE banner, reissued Starlog's official movie tie-in mag. Neither experiment was repeated although Titan eventually added the Trek movies to their stable of licensed tie-in. 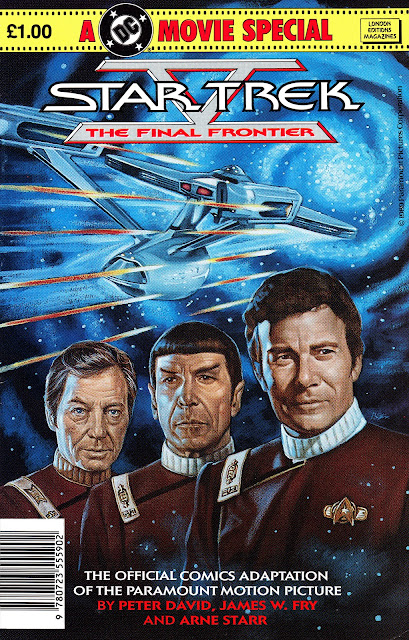 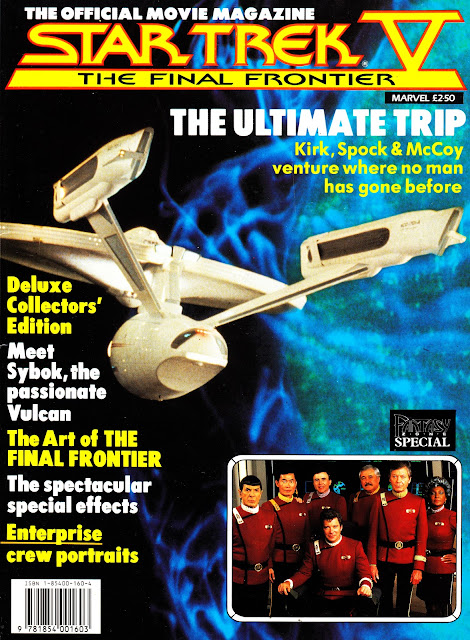