From August 1991: yet another movie-to-comics reprint mag from Trident... This time the first issue of THE TERMINATOR.

This skipped the Now Comics (with some early Alex Ross work) and Marvel (a profunctury adaptation of Judgement Day in a variety of dollar-chasing formats) incarnations in favour of the superior Dark Horse strips, published in a succession of interrelated limited series and one-shots.

This monthly survived the arrival of Dark Horse International and continued under the brief British subsidery. 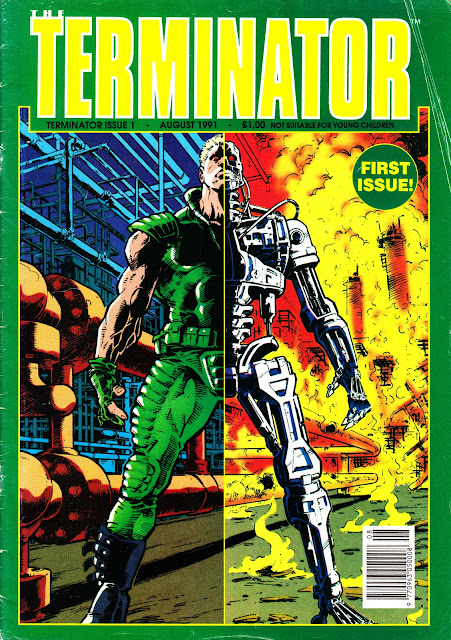 Email ThisBlogThis!Share to TwitterShare to FacebookShare to Pinterest
Labels: 1991, THE TERMINATOR