From July 1990: Chuffed with the success of CRISIS, Fleetway (along with, it seems, everyone else) dived into the murky Mature Readers world with another launch: REVOLVER.

The creative team were aiming to tap into the percieved pent up demand for adult comics (were readers ever there in any numbers?), perennial interest in the  1960s from people who weren't there and, of course, music.

The Star Age highlight was DARE, yet another reboot of the Pilot of the Future, now given a satirical political edge. The regular DD (also prone to regular publicity-chasing reboots) still appeared in the EAGLE.

REVOLVER expired after only seven issues and, in the grand tradition, folded into the pages of Crisis. Apparently not quite prepared to call it a day (or with inventory that needed to run somewhere), two standalone specials also appeared. The 1990 HORROR SPECIAL hit for the Halloween season alongside the regular monthly. The following February saw the ROMANCE SPECIAL drop just after the comic itself had expired. 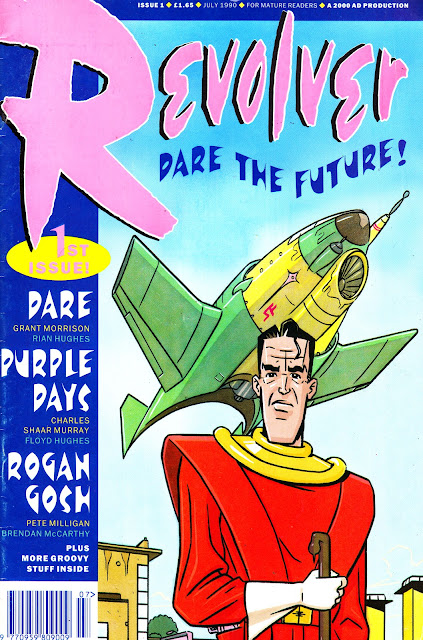