From 1995: the British edition of the official STAR TREK GENERATIONS movie magazine.

By mid-decade, the TREK license had moved again... This time beaming down on its new perminant home: Titan Magazines.

I saw the movie again this year for the first time since its original cinema release. I was still underwhelmed. It doesn't do the remnants of the original cast any favours and they certainly feel like they are playing second fiddle to the upscaled TV Trekkers. That said, it's far from a total disaster (in fairness, even the lowest rung Trek features are watchable) and worth a second look.

This one-shot appeared just before Titan launched the regular Trek magazine (it gets a two-page plug at the back) which, although initially a British title (with some overseas sales) managed to outlast all the other sundry magazines (including the Starlog licensed mags and the fan club derived COMMUNICATOR) to become last title standing in a once confusingly crowded market. 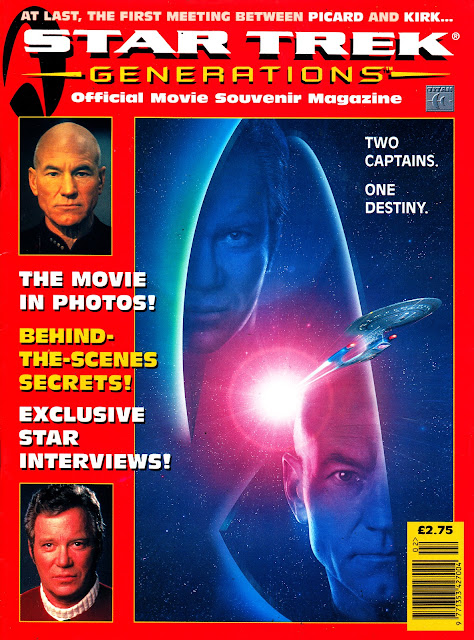