From July 1998: Another first issue for Titan's BABYLON FIVE MAGAZINE.

Now distributed globally, the relaunch (all but identical to the previous nine issues) reflected the cast changes to the fifth season (now bankrolled by TNT in the States) by spotlighting B-movie star (and occasional Scream Queen) Tracy Scoggins, an actress that split her time fairly evenly between straight-to-tape movies and TV shows. Her finest hour (DANTE'S COVE not withstanding) was surely the Aerobics Snuff Movie episode of TJ HOOKER.

Volume 2 ran for 24 issues (the last boasting an extended page count to mop up the last of the outstanding business) and charted the end of the TV show, the TNT-backed TV movies (which ran from Quite Good to Quite Bad) and the CRUSADE space wreck that saw the production team fall out with the cable station so badly that the show was retooled and then cancelled before a single episode ever aired.

With no new screen product of note on the horizon (several B5 relaunches stalled after pilots were shot) and sales flagging, Titan declined to renew the license. 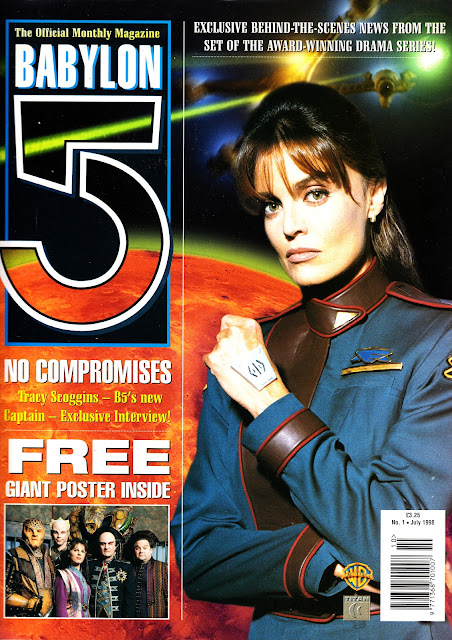