This is the British edition of the US one-shot published by (who else?) Starlog.

The UK license had shifted again, this time into the care of Trident, the publishing side of the specialist distributor which flourished briefly in the early 1990s boom.

This was indeed the last hurrah of the original cast (although three drifted back for GENERATIONS) and was a return to form after Statner's unfairly underrated entry into the canon.

Trident published this, two different Trek comics (one reprinting DC's classic crew adventures, the other focused on Next Gen) and a magazine called FINAL FRONTIER which started out as a semi-official venture built around reprints of Starlog articles but eventually degenerated to an officially unofficial glorified fan mag with shoddy features and an abundance of adverts for the publisher's ventures into mail order merchandise. 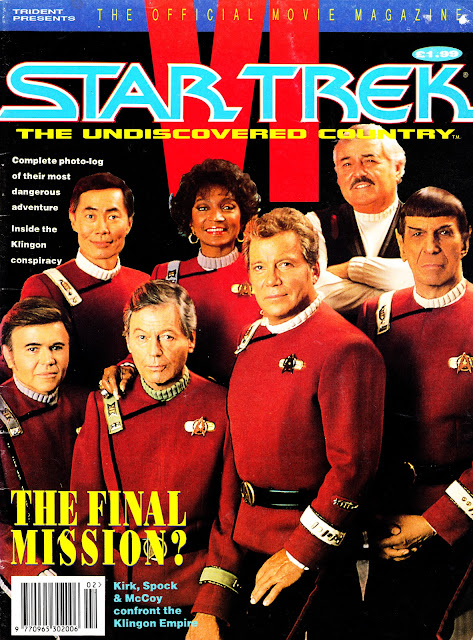