From August 1991: MELTDOWN from Marvel UK.

This was, depending on how you view it, a compilation of the best 'mature readers' strips (and creators) from around the world. Or the Epic Comics UK anthology. Or both,.

Edited by John Freeman, this (along with the new HAVOC weekly) had a covert assignment: testing demand, formats, frequencies and tone for a new title at the core of Paul Neary's new Genesis 92 project. The Annex of Ideas ultimately split the difference and launched Overkill as a fortnightly, pitched somewhere between the two tryout titles.

The downside of this see-what-sticks strategy was, despite putting together two nice packages, Marvel wasn't very committed to either of them and dropped them at the first opportunity. HAVOC died, without warning, after only nine issues and MELTDOWN bowed out after six, albeit using the last issue to plug the upcoming birth of the UKverse.

The Meltdown line-up, as you'll see on the cover, was pretty powerful stuff. Although it was short lived, two of the reprints were to live again in the next few years. Marvel London dusted off the Clive Barker strips for a new monthly that quickly fell foul to cuts at the company. And the original black & white version of Akira (Meltdown ran Epic's colour version) appeared in the Manga monthly.

The Introductory Booklet, which only occasionally services along with copies of the main comic, had background information on the characters and creators. 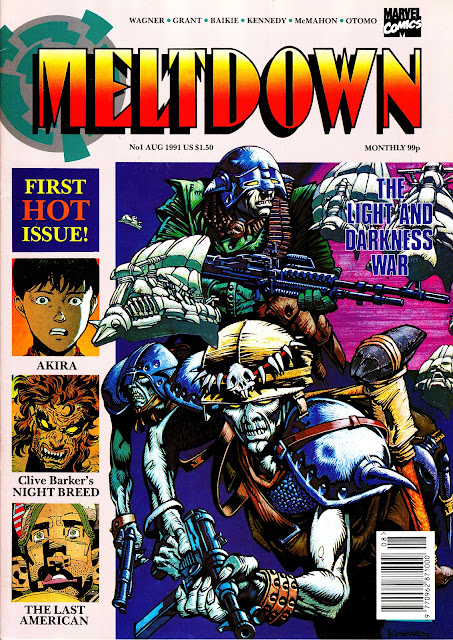 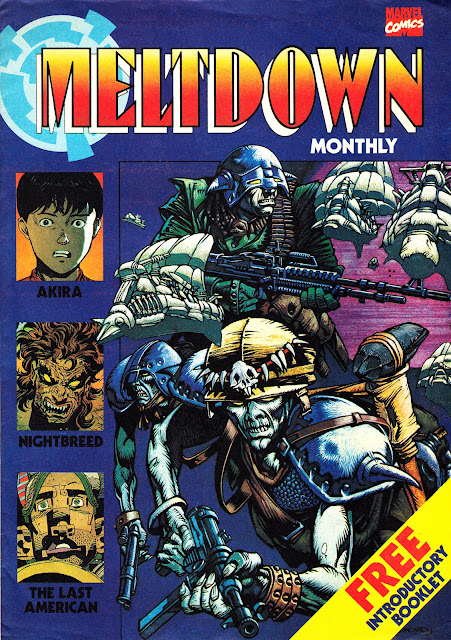