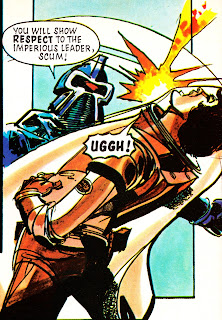 It's another BATTLESTAR GALACTICA feature from the pages of Britain's LOOK-IN weekly, this time plugging the release of the second Battlestar fake feature film MISSION GALACTICA: THE CYLON ATTACK.

The second movie was entirely assembled from the (well-funded) TV episodes The Living Legend and Fire in Space.  The former supplied most of the plot, the latter the disaster movie-style effects work.

Look-In were still running their regular Battlestar comic strip during this period.

Elsewhere, THE EMPIRE STRIKES BACK had been on British cinema screens since 21 May and Marvel UK were just launching their new range of Pocket Books, including US Battlestar reprints in STAR HEROES. 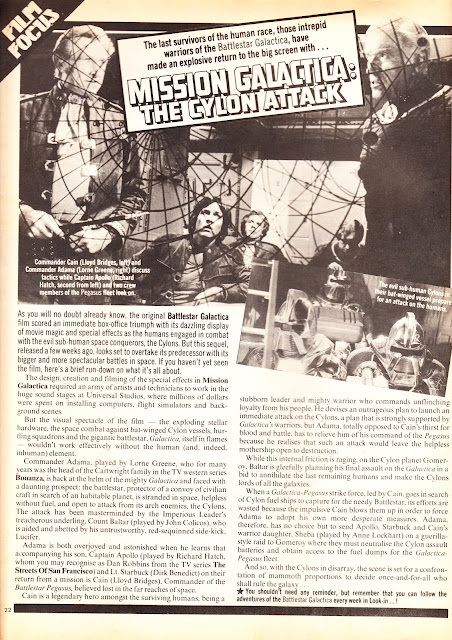 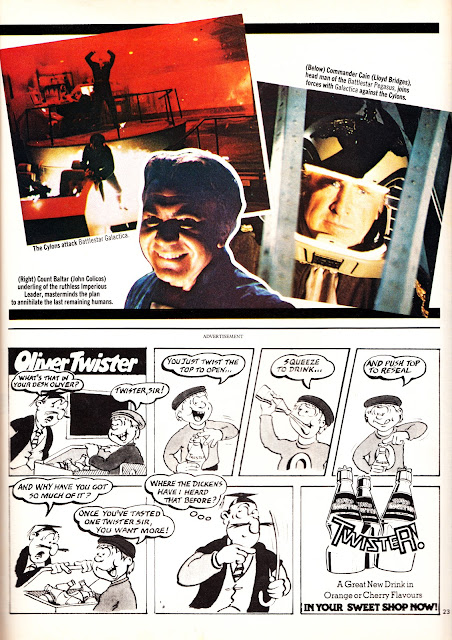 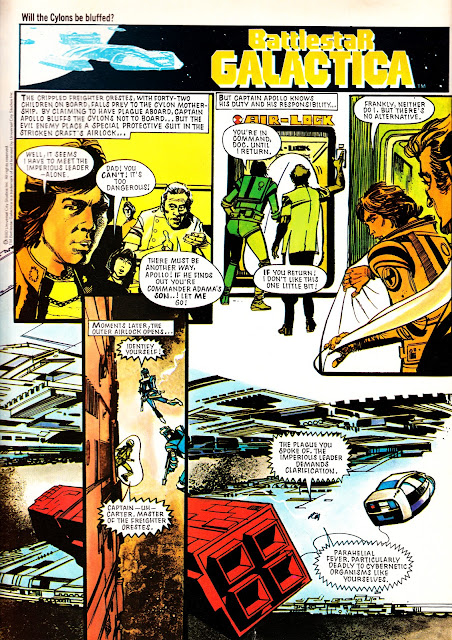 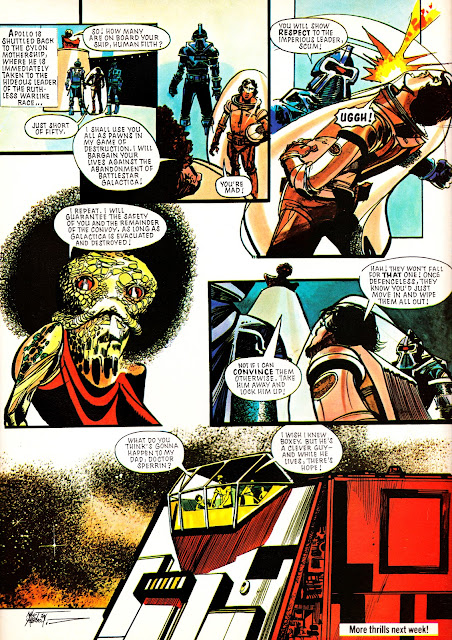 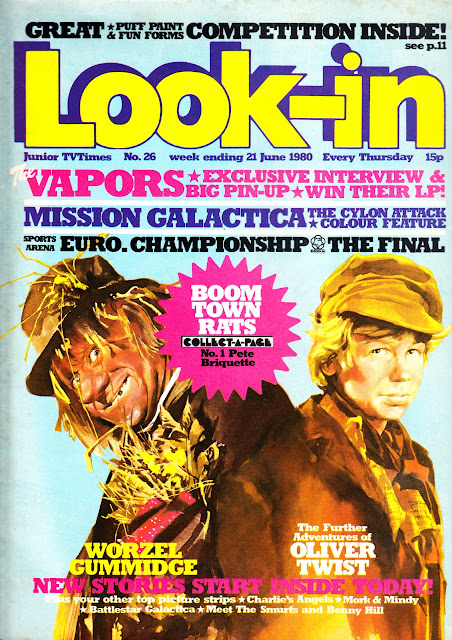