Note how purveyors of corn-based bagged snacks Smiths have snuck-in on the deal: plugging a COTT-related holiday competition.  Details of which, presumably, appeared on packs.

*We're continuing our "Titans" coverage although, obviously, this has nothing to do with the similarly-named Marvel UK weekly we've been banging on about for the last few posts. 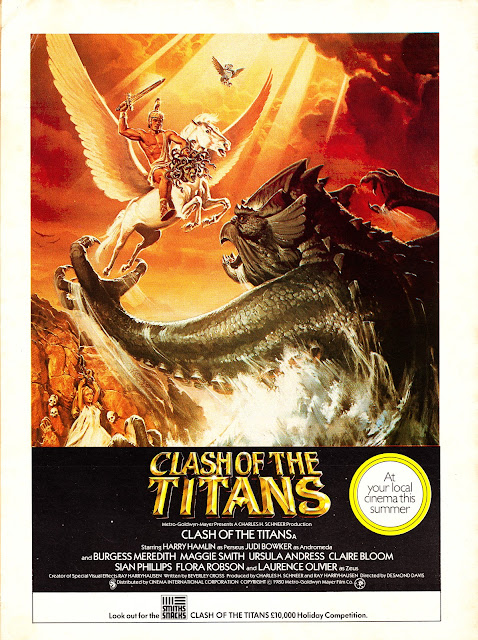 Email ThisBlogThis!Share to TwitterShare to FacebookShare to Pinterest
Labels: 1981, CLASH OF THE TITANS, FILM