1979: BATTLESTAR GALACTICA IN LOOK-IN - PART ONE 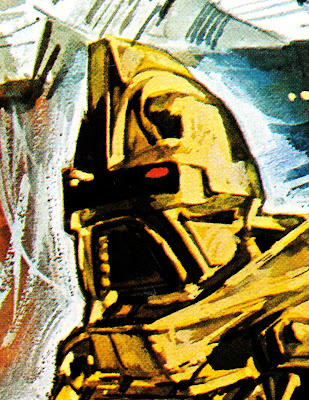 This is the first of several BATTLESTAR GALACTICA articles that appeared in the UK's comic/ magazine hybrid (it always featured a mix of comic strips and articles related to TV, pop music and films) during 1979 and 1980.

This first feature, from the issue dated 14/21 April 1979, coincided with the UK release of the first Battlestar 'fake feature film' (a truncated edit of the opening TV extravaganza Saga of a Star World, aired on US TV the previous September*).  It's a four-page centre-spread "pull out" consisting of a full colour poster-spread with a two-page text feature on the reverse.

For the unfamiliar, LOOK-IN was a mixed colour/ black-and-white weekly based on programmes aired on Britain's ITV network (the only commercial channel in the country at the time).  Published by ITV Publications, it launched in January 1971 and eventually shuttered (under the ownership of IPC, who bought ITVP's titles in the early nineties) in March 1994.

The "Junior TV Times" subtitle relates to TV TIMES magazine, ITV's equivalent to the BBC's RADIO TIMES and the only place to see ITV's schedules for a whole week.  ITV's complex regional structure required a local edition for each regional ITV franchise operator whilst Look-In published one national edition including basic programme listing for children's programmes in each region.

Note how the article doesn't refer to the film's small screen origins.  Nor does it mention that ITV planned to air the TV version even through, presumably, the broadcaster had already acquired rights to the show.

The cover painting is by Armaldo Putzu.

We'll return to Battlestar and Look-In in a future post.  We looked at Look-In's BUCK ROGERS IN THE 25th CENTURY strip here.

*Battlestar's 'feature film' had first been seen in Canadian cinemas, ahead of its US TV premiere, the previous summer. 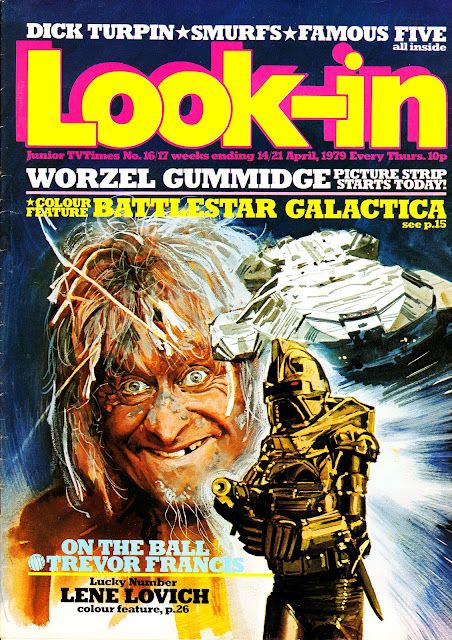 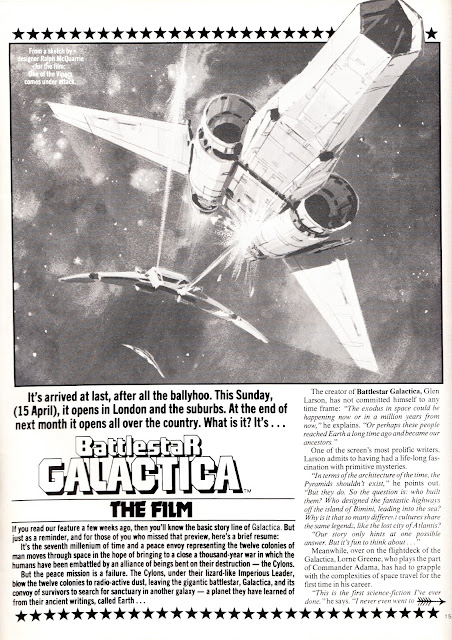 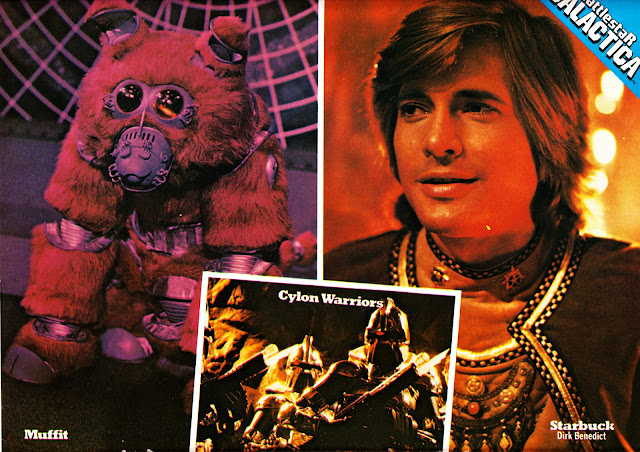 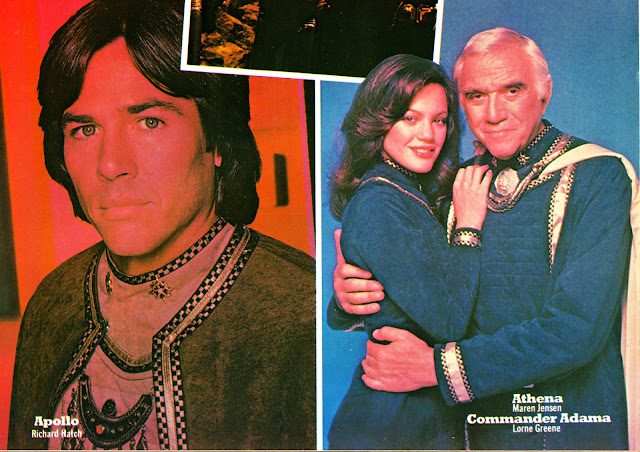 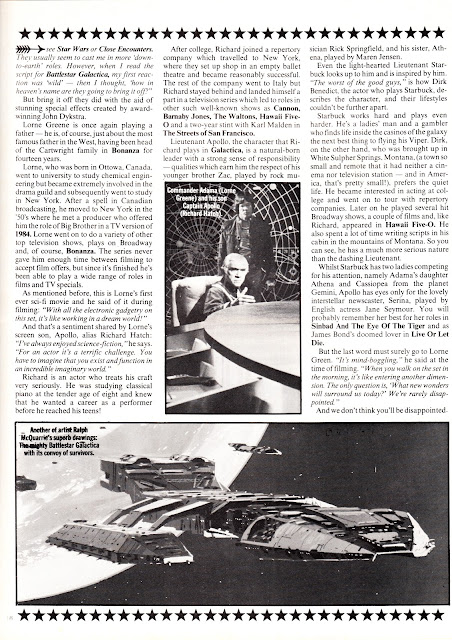