First up is a Marvel UK house ad, from March 1978, plugging the release of the first movie.  They've seen it, apparently its rather good.  I'm not sure confessing its TV origins was a great marketing move but... 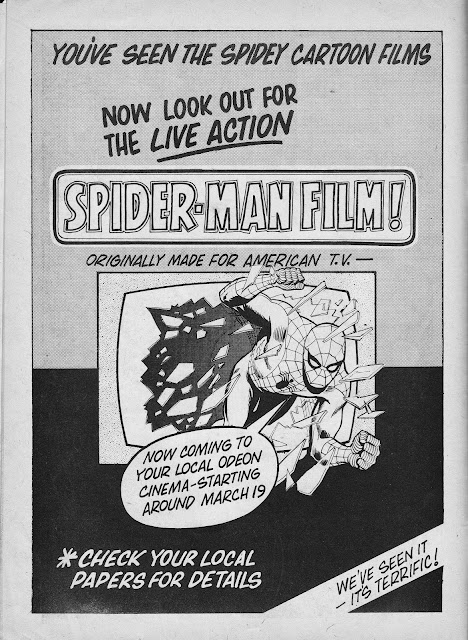 This is a surprisingly honest assessment of the movies from the 1979 SPIDER-MAN SUMMER SPECIAL (actually the first published by Marvel UK). 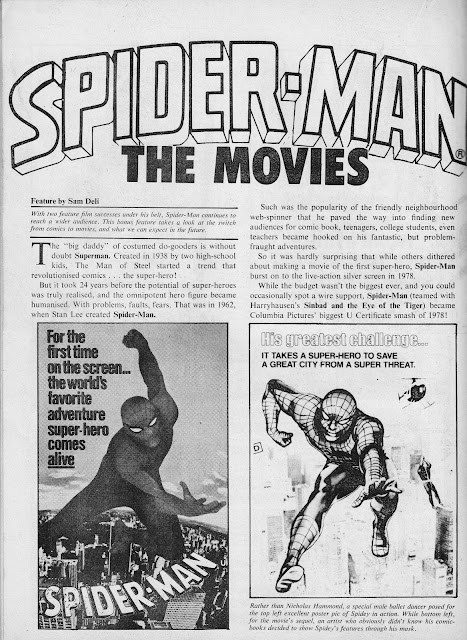 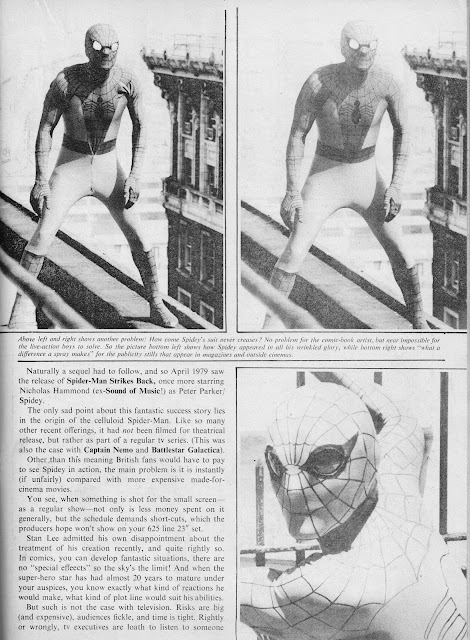 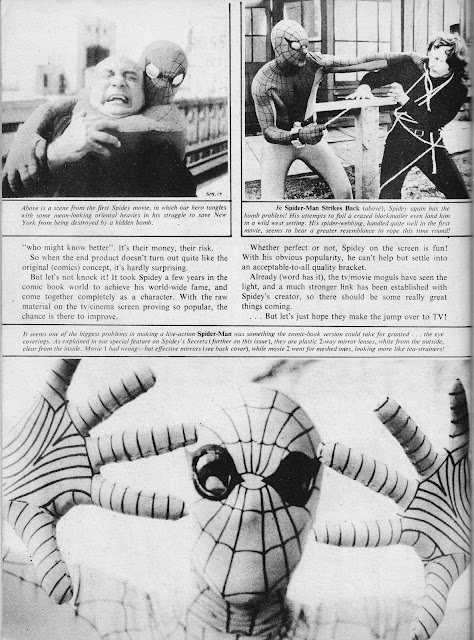 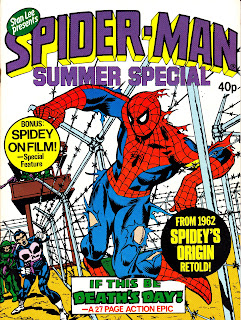