Marvel celebrated their 75th anniversary in 2009 but we're going back to 1982 and - errr - their 20th anniversary (it's true, time really does work differently in the four-coloured world!), as celebrated in the first issue of Starlog's COMICS SCENE magazine.

Below is their Lee/ Shooter head honchos interview.

COMICS SCENE applied the same formula STARLOG had been using since 1976 to comic books (and spin-off movie and TV projects), creating a professional-looking, widely distributed, article-based "fanzine".  A sure sign that comics were growing up.

The magazine enjoyed a chequered history: the initial run lasted a mere 11 issues (to September 1983) although Starlog continued to run comics reportage under the Comics Scene banner.

Volume 2 arrived in 1987 and enjoyed greater success during the industry's boom years, clocking-up 56 editions until folding again in 1996.  COMICS SCENE 2000 was a short-lived third go, publishing three issues in 2000.

Starlog continued until 2008 before succumbing to bankruptcy. 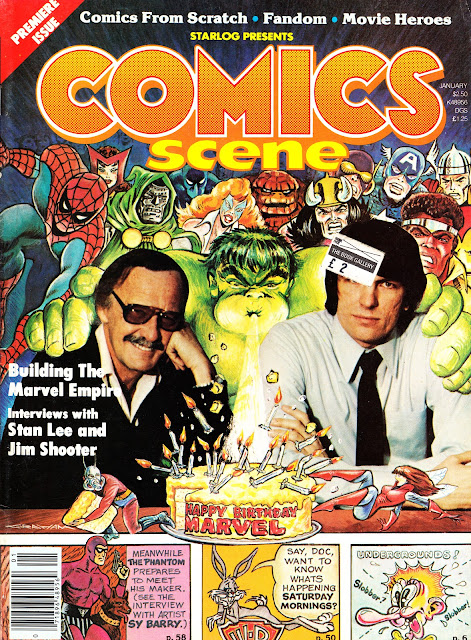 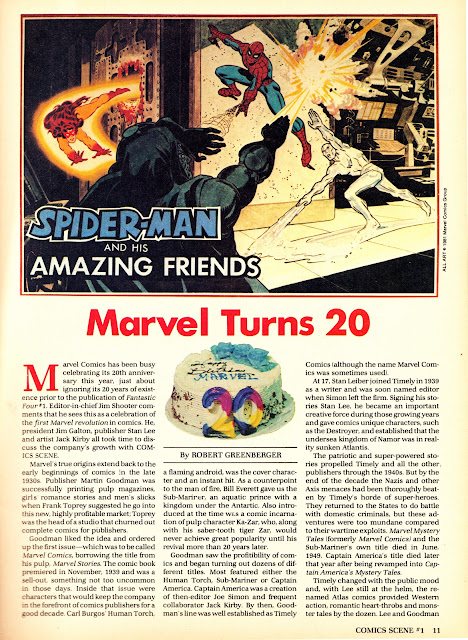 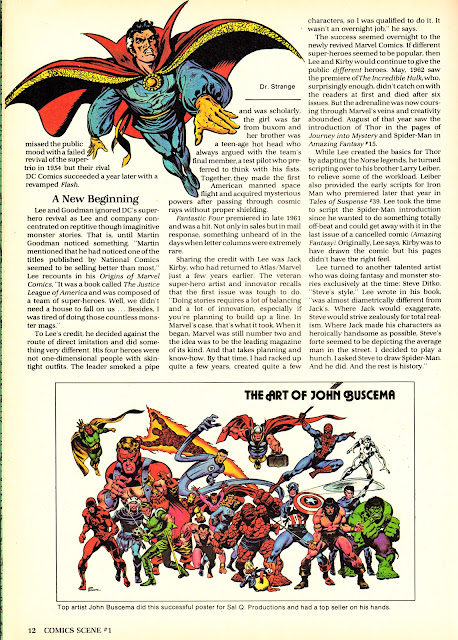 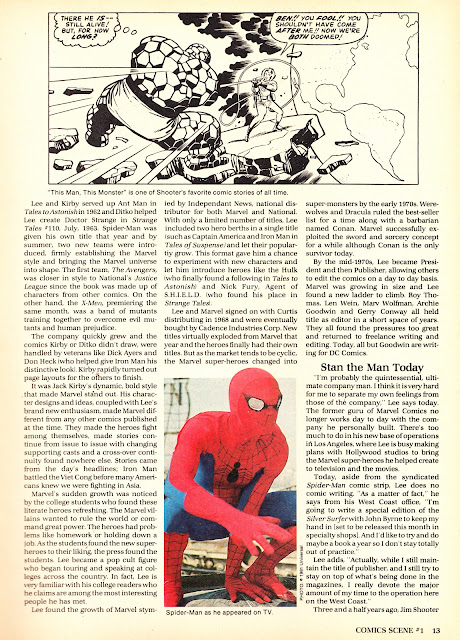 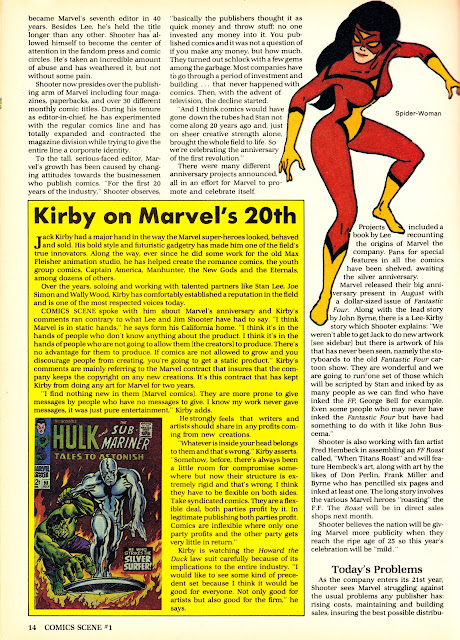 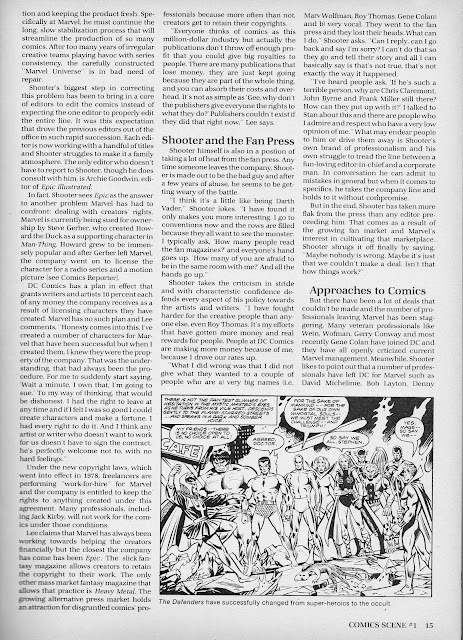 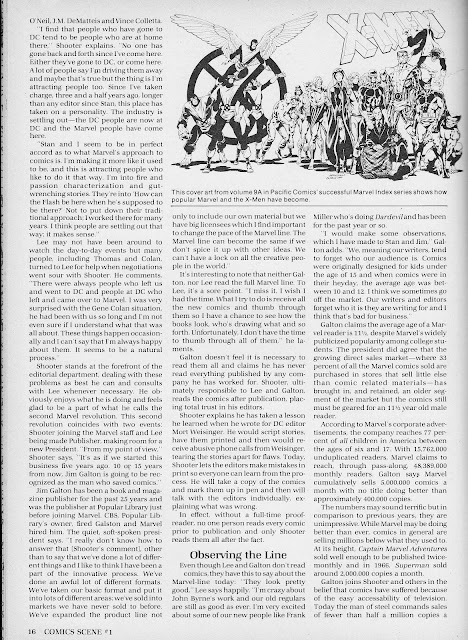 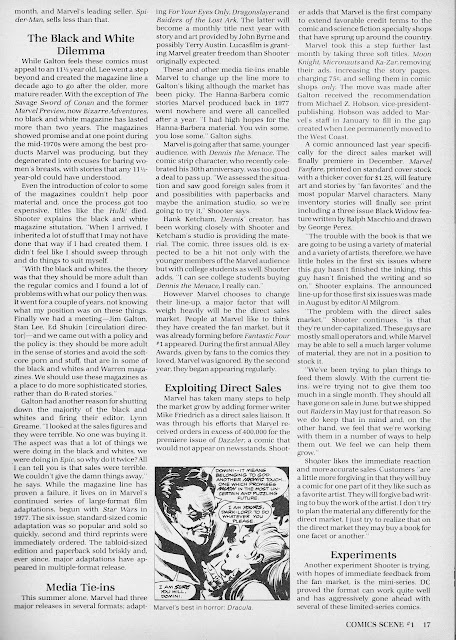 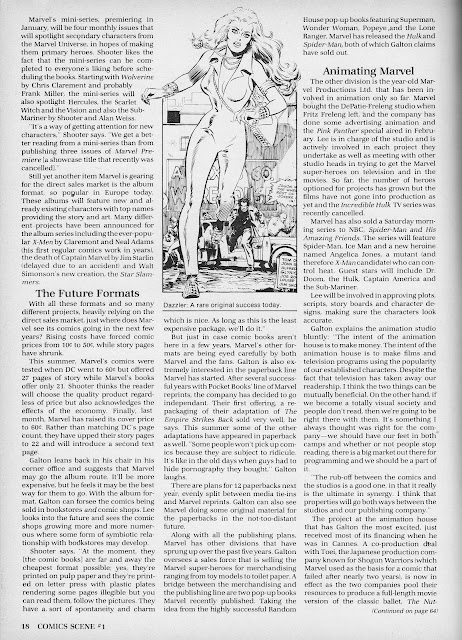