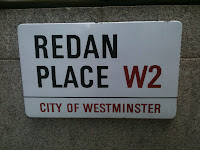 Last week, the Slow-Robot drone hovered on Arundel Street to snap some surveillance pix of Arundel House, former home of Marvel UK (1987-1995 or thereabouts).  So successful was the mission that we've donned our disguise again and, this time, revisited 23 REDAN PLACE, Marvel's London HQ between 1983* and 1987.

Number 23 is tucked away at the end of the short road.  The building currently occupying the site looks rather modern so its unlikely that this is the exact same building that Marvel occupied.  Bah.  But, nevertheless, here's a couple of hastily snapped snaps to give you an idea.

The Whiteleys connection almost ended in tears.  As mentioned in our Arundel House rundown, a crane that was converting the former department store into its current incarnation toppled and narrowly missed demolishing Number 23.  Fortunately no-one from Marvel was hurt.  The Whiteleys entry on Wikipedia suggests several people were killed in the accident but this has proven hard to confirm online.

* M-UK seem to have been dual running offices for a while.  Late 1982 issues use Redan Place as the mailing address for offers but still use Jadwin House as the editorial address and for readers correspondence. 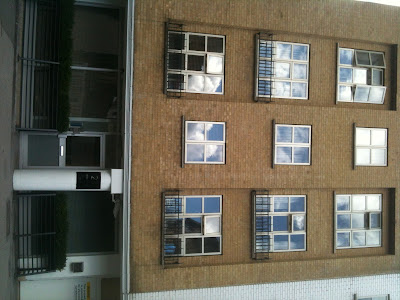 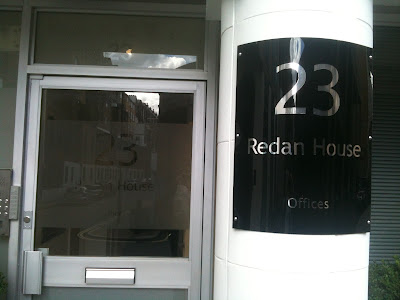