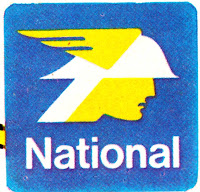 In the late seventies, pester-power extended to where your parents filled-up the car.  Whilst purveyors of petrol tried to lure in the punters with glasses and other trappings of the suburban highlife, the (now defunct) chain of NATIONAL STATIONS formed an alliance with THE SMURFS.  Britain's kids instantly reassessed which chain of garages were the best.

This is an advert, from LOOK-IN (October 1979), promoting the latest addition to the range: Golf Smurf (presumably one for the middle class dads as well).

ITV's LOOK-IN had already realised the benefits of prominently featuring the little blue goons.  It's worth remembering that we're still years away from NBC stumbling across Les Schtroumpfs and, with Hanna-Barbera, launching them to Saturday morning glory (in 1981).

The National chain seemed to quietly vanish in the 1980s.  A quick bit of Wikipedia finger-work reveals that the chain, actually owned by BP since 1957, was phased-out through the eighties in favour of the stronger BP brand.  Individual stations were, presumably, refitted to operate under the BP facia.

It wasn't the end of the Smurfs however: the animated series (shown randomly on ITV in the UK: LWT, for example, used it as a Sunday afternoon schedule filler) led to fresh waves of merchandising and the figurines themselves were sold in other outlets including gift and card emporiums. 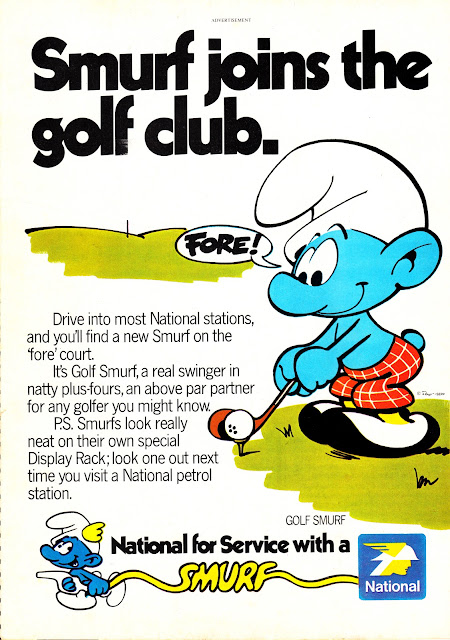