In November 1983, Marvel UK (belatedly) went disco!  Which begs the question: was Redan Place trapped in some late-seventies time bubble or did they really think disco could still shift records.  Or did they assume spider-geeks wouldn't know or care?

The single was a double A side, boasting Disco and Rock and Roll (hmm) interpretations of the ditty.

The art, which (we assume) is also on the album sleeve, is by (future Editor-in-Chief) Paul Neary.

The single received a brief plug in the Ballpen Bulletins page in the weeklies cover-dated 30 November 1983.  I think the adverts, with the "order now in time for Xmas!" splash removed, continued to appear the following year.

Presumably the single was also sold through record stores (the advert doesn't say it's a mail-order exclusive) but never seems to have troubled the charts.

There's no mention of who wrote or performed it.  Any ideas?  Any spidey-skeletons in any famous rock star's closet? 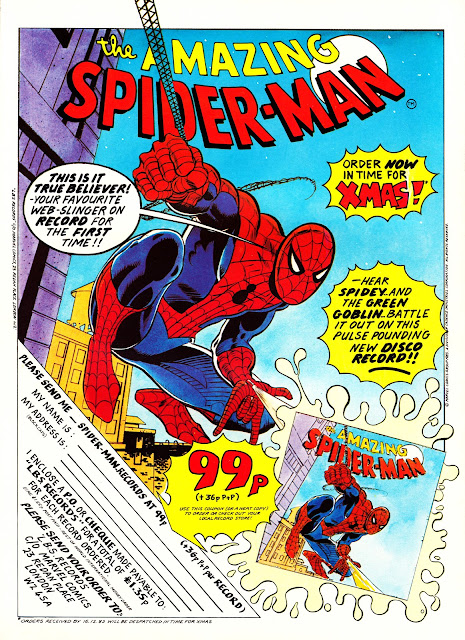 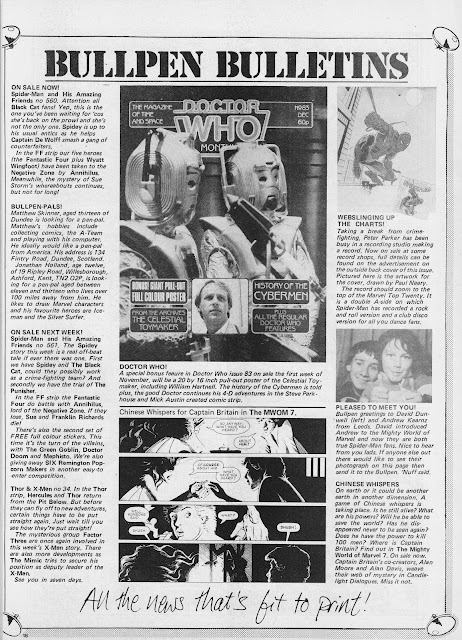