UK reprints were originally pencilled-in for CAPTAIN BRITAIN's new monthly before M-UK decided to run all-British strips (albeit a mix of new and archive material) before finally becoming the regular supporting strip in MARVEL SUPER HEROES SECRET WARS (presumably because it only enjoyed limited interaction with the rest of the Marvel Universe and worked well reprinted in isolation). 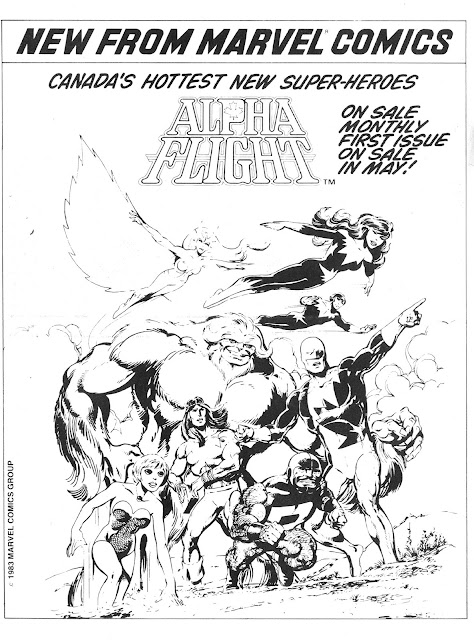