Here's a couple of 1990 STARLOG HOUSE ADS (specifically from STARLOG SPECTACULAR issue 1, if you're keeping score) which shows the Starlog Group in the boom years: at least five regular magazines (I say "at least" as Starlog Spectacular itself is conspicuous in its absence, as is the 1987-launched STAR TREK: THE NEXT GENERATION OFFICIAL MAGAZINE) and, in a separate ad, some of the numerous official movie tie-in magazines* that they would regularly churn out to accompany any would-be blockbuster (OVER THE TOP anyone?).

* Starlog's cosy relationships with the studio's Marketing, PR and Licensing departments might have given them greater access to productions and their stars but also gave the magazine an uncritical stance which left it looking old-fashioned compared with more feisty upstarts like SFX or, indeed, that new fangled internet thingy. 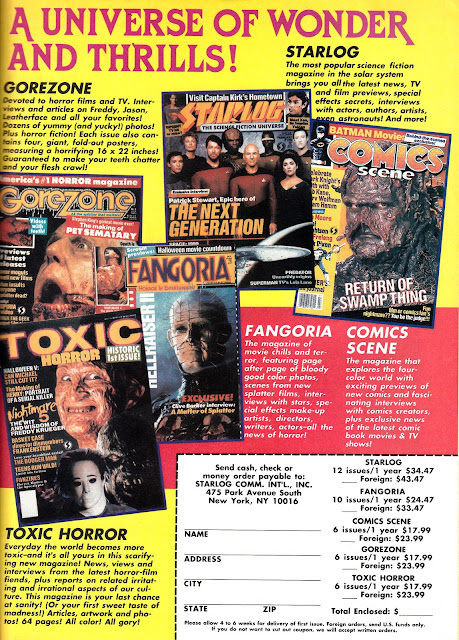 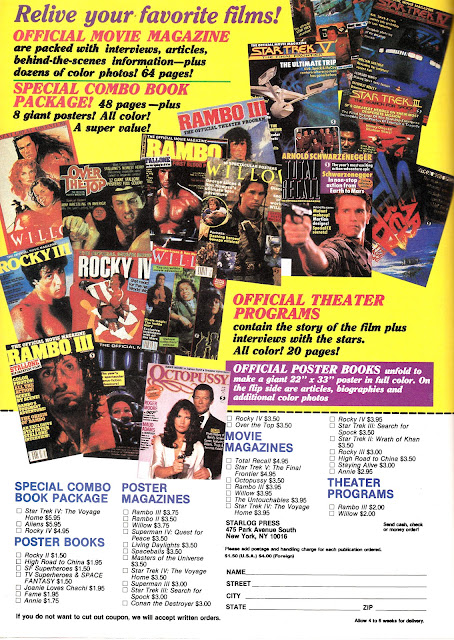