Fantastica?  Err... yup.  Before FANGORIA became a gore-soaked blood bath of a horror mag (and a successful franchise in its own right) it was a muddle of horror, SF, fantasy and almost anything else the publisher decided to include.  And before it was called FANGORIA, it was promoted as Fantastica.  Starlog, which didn't always have the best of luck with naming new launches (see also: COMICS SCENE) then promptly found themselves being sued by the publisher of FANTASTIC FILMS, who claimed readers would be confused.  Starlog paused... and rebooted as Fangoria.  Only to find no-one was buying.

The fantasy theme of the early issues left readers cold... but there was a response to the horror elements.  So, from issue 7, the emphasis shifted and a legend was (re)born. 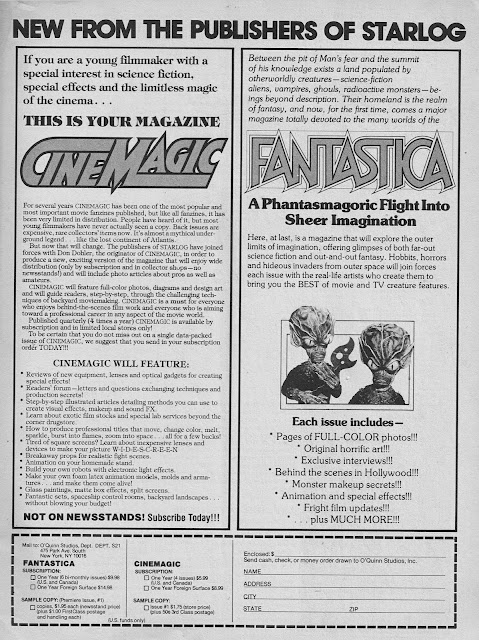