From August 1994: Another end-of-the-line release from the British Bullpen: BEAVIS AND BUTT-HEAD, based on the MTV animated series which was big back in the day.  And another show that I couldn't really see the appeal of... other than in very small dosses. 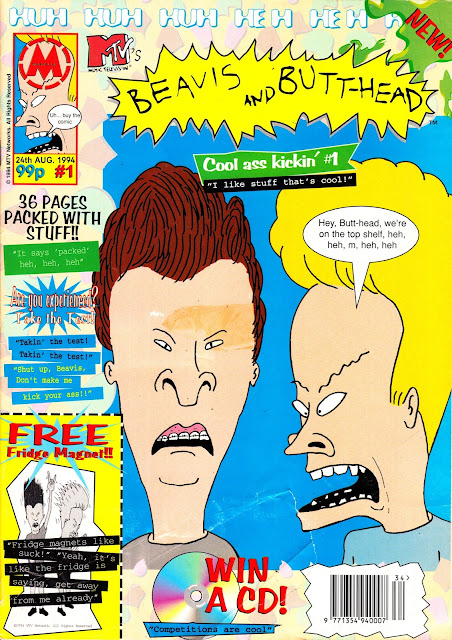