It's a snatch raid!

On sale thiis week back in 1983: EAGLE issue 58, cover-dated 30 April (remember: the date on the cover represented the 'off-sale' date rather than the day the comic hit newsagents).

By this point, the DAN DARE strip had regained its traditional starts-on-the-cover status, officially maintaining the three-pages-a-week count.  I always considered this to be a bit of a con (and not just because it saved the time, trouble and expense of designing a decent cover each week) as the cover splash demanded strong, bold visuals which - although eyecatching - often didn't add much to the overall story.  Effectively an expanded panel subbing for what would have been a full page of traditionally structured art under the previous layout.

I suspect deadlines and weekly churn played their part and the art remained top-notch throughout.  There was just a need to deliver less panels per week.  Although, look at the detail in that first panel... lovely stuff.

The Dare strip had - at this point - drifted away from the core Return of the Mekon storyline into an extended astronauts-in-training flashback which couldn't hope to measure up to the Mekon and Earth occupied by the Treens. But it was still a lot better than some of the dross - and reboots - that would follow over the next decade.

But, just like the whole photostory era in general, there is still innovation to be found.  Check out the successful inclusion of well made (and well lit) model work into the art!  Another benefit (soon to be lost) of the superior printing used during the early run.  I wonder if the editors of the other weeklies looked on enviously... or whether they were thankful their titles weren't carrying the additional overheads. 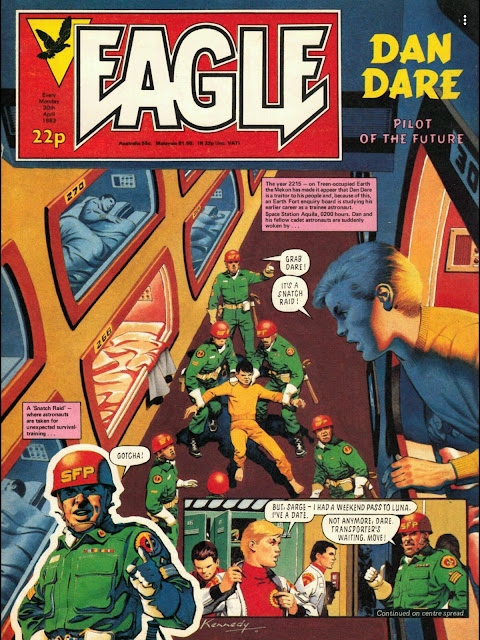 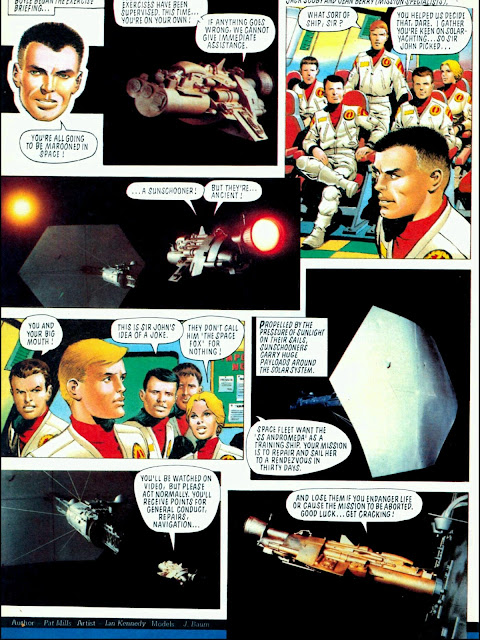 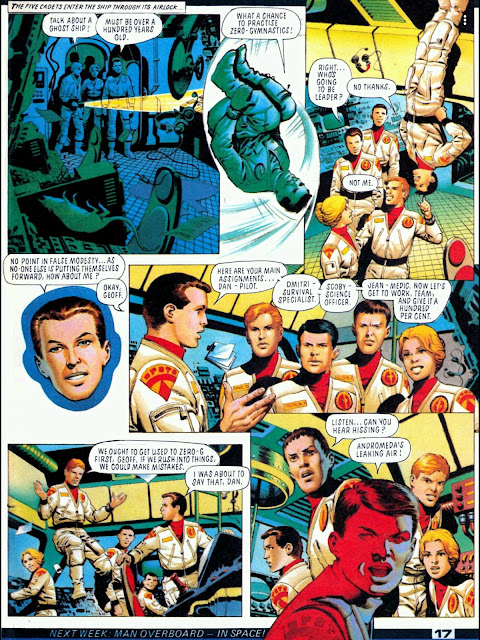