From July 1992: The fifth issue of the mostly-forgotten (it seems) British STAR TREK comic which slotted into the gap between MARVEL UK cancelling their NEXT GEN comic/ magazine and Titan stepping in with the launch of the their long-running mag (which did - initially - include some reprinted strip material).

This incarnation reprinted US strips from DC's first run, slotting new adventures into the gaps between the movies post-Khan.

The same publisher was also responsible for the FINAL FRONTIER magazine (which started out as a vehicle for Trek-related STARLOG reprints before collapsing into a combination of not-supplied-by-the-studio stills and mail order adverts for merchandise) and a companion NEXT GENERATION comic (also reprinting DC material) which, from memory, collapsed after only a few issues despite the show having high profile slots on both terrestrial and satellite TV at the time. 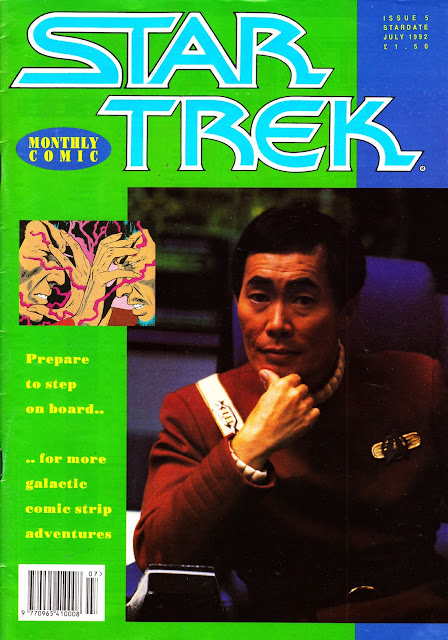