2001: PLANET OF THE APES IN COMICS INTERNATIONAL

From February 2001: COMICS INTERNATIONAL issue 130 marks the return of PLANET OF THE APES, now based on the Tim Burton would-be movie franchise version, to comics.

The four-colour reboot, published by Dark Horse in the States, soon ran out of steam when it became obvious that the 2001 movie hadn't inspired much long-term interest once the film left theatres.  There was even a British edition - published by Titan - which recycled the US strips alongside some new feature-based material on the film.  It didn't last long. 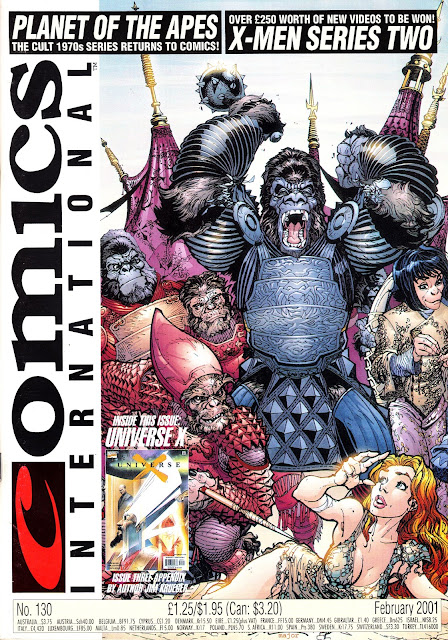 Email ThisBlogThis!Share to TwitterShare to FacebookShare to Pinterest
Labels: 2001, COMICS INTERNATIONAL, PLANET OF THE APES