The short-lived company generated a bit of publicitity at the time (thanks mainly to Shooter, a legal spat with Marvel involving the British character Plasm and the ultimate combination of the collecting crazes for comics and cards: a comic book story told in the form of trading cards... and a binder to hold them) but little in the way of sales of fan interest.  I'm sure it was subject to the usual hyping in the pages of the more cash-focused fan press but - should you care to dabble - plenty of back issues can still be found in dealer's discount boxes.  Dive in. 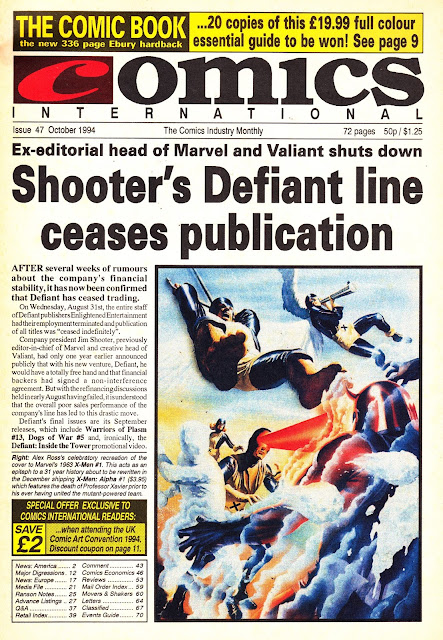