More from the VHS Years: The last of the original CIC STAR TREK TOS TAPES, featuring the final three episodes of the third and final season of the Sixties TV show.

The Three Episode format was unusual for the run.  All the previous tapes had included two episodes (which roughly equate, duration-wise, to a short movie) but, because of the odd number of episodes in the original series (79), they either had to chance releasing a tape with just one episode (although surely they could have padded it out with some documentaries or other filler from the vaults) or chuck three episodes onto a longer tape.  I don't recall whether they bumped up the price for this one... maybe by a couple of quid.

Prior to the coming of Amazon, Play.com and others, shops needed a lot of shelf space to carry a long-running series like this (which must have amounted to roughly 39-40 tapes).  Long-runners must have also tied up a lot of capital to keep a deep inventory on the off-chance that someone would want to pick up - say - tape 23 in the run.  Our Price even set up a chain of stores just selling tapes... although they didn't last for more than a few years 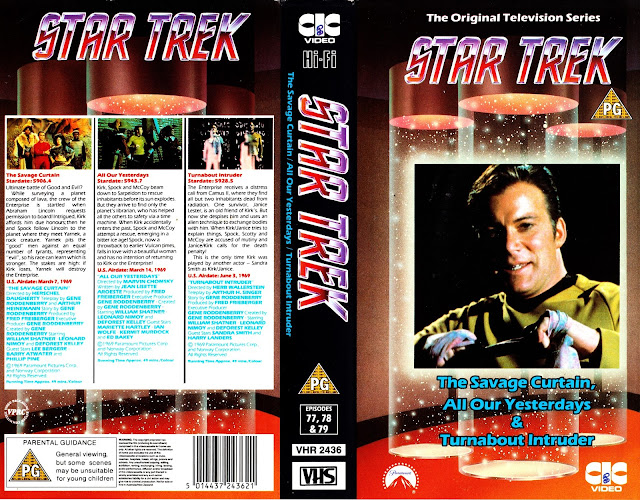