RETURN OF THE SAINT ITC VHS

From the VHS Years: A RETURN OF THE SAINT ITC tape.

The series has never really emerged from the shadow of the Roger Moore version from the previous decade and - as such - is one of the most underrated shows in the ITC canon and - indeed - one of the better action shows of the decade.

Ian Ogilvy is a likeable star (be sure to catch his recent movie 'We still kill the old way', it's great fun.  The sequel is not quite so good and suffers from a rather obviously small budget) who can certainly hold his own.  The luxurious budget certainly helps things as well.  There's plenty of location filming (including a lot of European locations... especially Italy as they were backers) which is a marked contrast from the interiors-backlot-stock combos that defined the ITC shows of the 1960s (best ever no-budget moment: the DEPARTMENT S team running on the shot whilst some ropey back projection of a running track plays behind them).  Even the London lensed episodes are a delight for location spotting.  And there are guest stars galore.

I once had a cheap and cheerful Alcatel phone which - pre proper ringtones - allowed you to somehow download (or programme?) a simple ringtone.  Amongst the slim pickings: a beep-beep-beep version of the RotS theme.  Loved that phone. 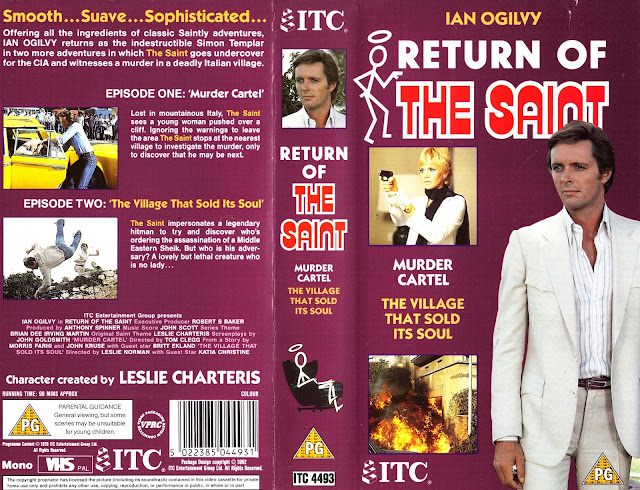