1995: STARLOG MAGAZINE PREVIEWS SPACE: ABOVE AND BEYOND

From 1995: SPACE: ABOVE AND BEYOND, FOX's one-season-wonder, is previewed by STARLOG MAGAZINE.

After a lousy opening night, the show settled down to be pretty good stuff.  It never quite managed to capture the TOUR OF DUTY in space vibe that i think it really needed (the writing wasn't quite good enough) but it put together some strong episodes played out by a good cast.  The world-building and back-story was also pretty interesting with lots of opportunities to explore various facets of the war with the aliens further had the show been renewed.  It did - however - pass out with a cracking two-part conclusion with unresolved cliffhangers aplenty.  It's on DVD (and the UK edition comes with some exclusive new material including a documentary). 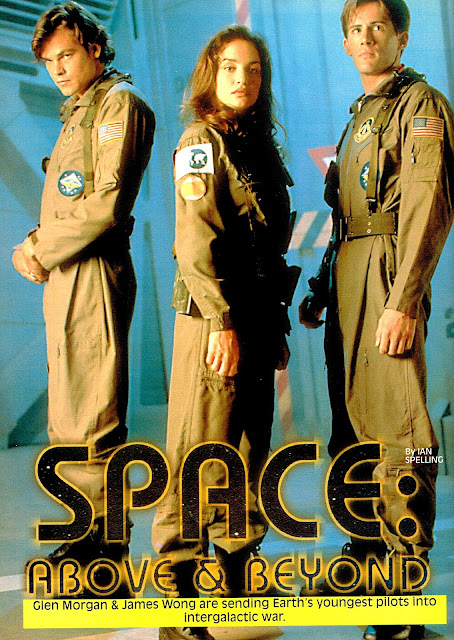 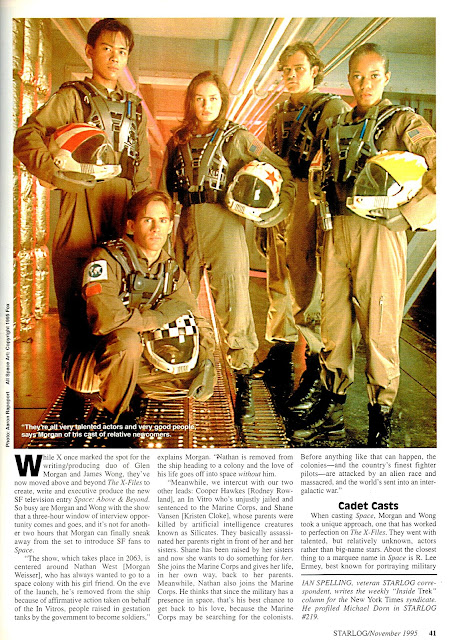 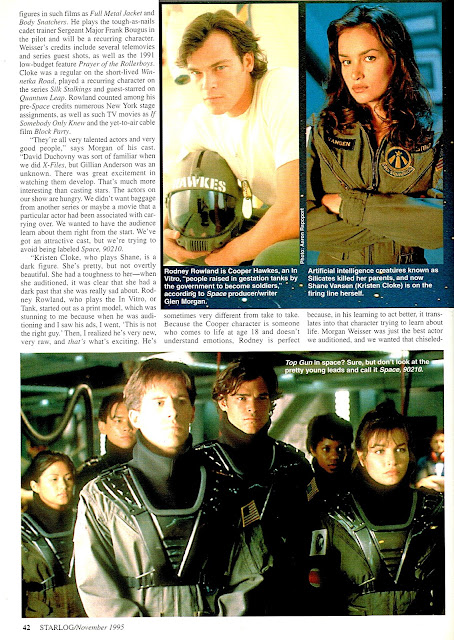 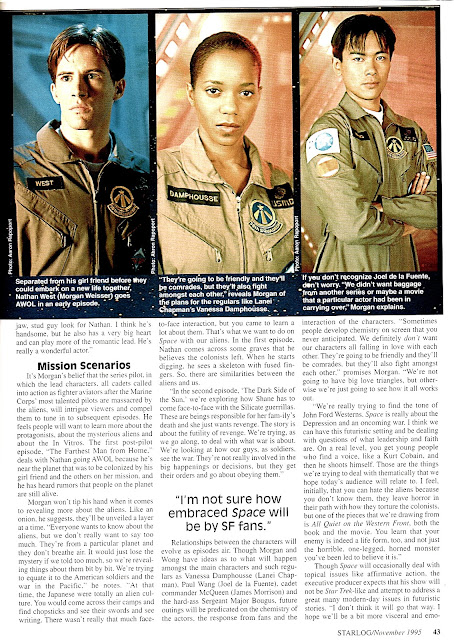 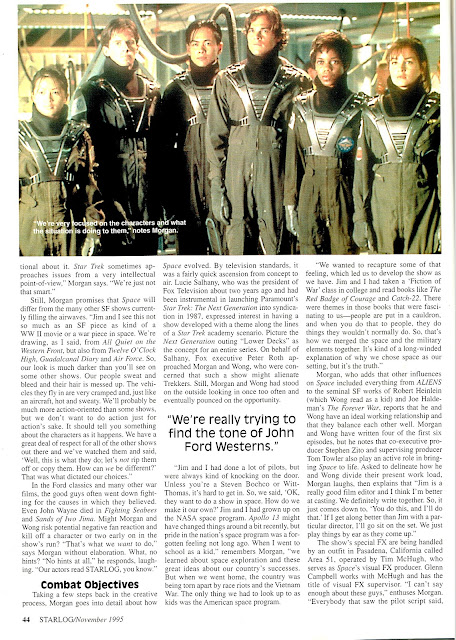 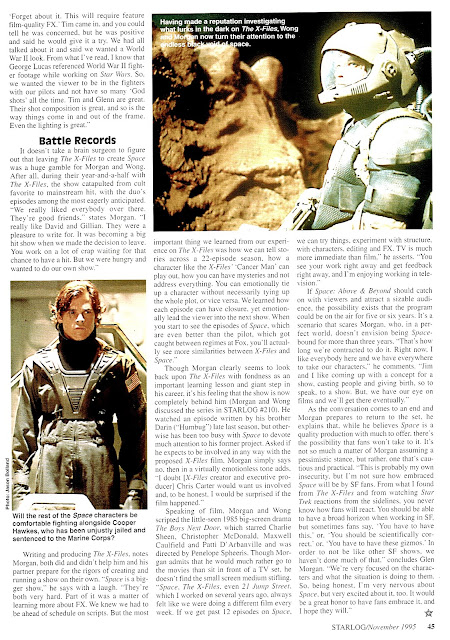 Email ThisBlogThis!Share to TwitterShare to FacebookShare to Pinterest
Labels: 1995, SPACE: ABOVE AND BEYOND, STARLOG MAGAZINE