From 1980: the first issue of Britain's THE SUPER HEROES MONTHLY. Not to be confused with any Marvel UK weeklong Montgomery a similar name.

This was a reprint vehicle, from London Editions (aka Egmont), showcasing assorted classic strips (in black & white) from the DC COMICS archives.

The 'Showcase' approach meant each issue had a different emphasis, allowing a wide trawl of the back catalogue. Most of the reprints were self-contained and done-in-one. The line-up was varied but with an emphasis on DC's most bankable screen heroes: Superman, Batman and Wonder Woman.

Where the title really excelled was the editorial attention to detail. From the specially commissioned covers (which were usually also published on the back cover - usually prime advertising space - without the logo and cover text) through to the original feature pages... this felt altogether more classy than the cobbled together Marvel UK reprints.

The first volume ran for twelve issues. The second extended the run by another seven before the title was cancelled. LE were also publishing the British editions of the SUPERMAN POCKET BOOK and  BATMAN POCKET BOOK (editions also appeared in other European markets thanks to switching out the black plates, with dialogue and captions, at the printers) around this time. They also published a number of annuals which also used British artists to provide new covers. 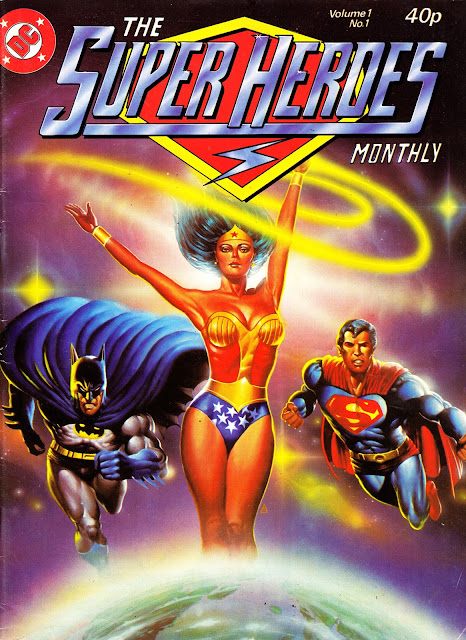 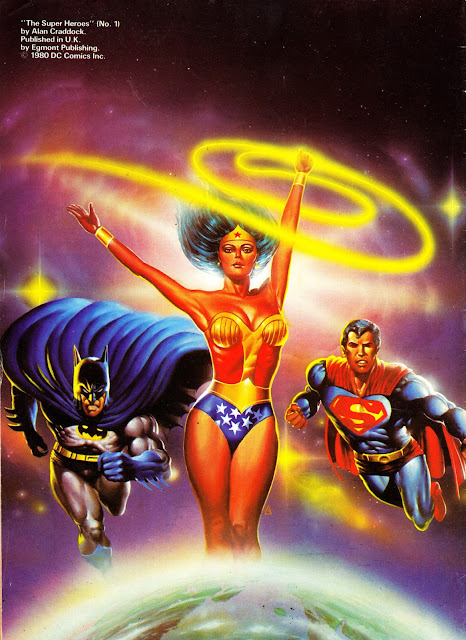