Technically this falls outside STARLOGGED's pre-millennial remit but the show itself started in March 1999 so (just about) qualifies. It notched up four seasons (through to 2003) before the Sci-Fi Channel reneged on a deal for Year Five and the show ended suddenly. A mini-series followed in 2004.

The magazine itself, published on a hi-monthly schedule, notched up twelve issues before ending in April 2003. 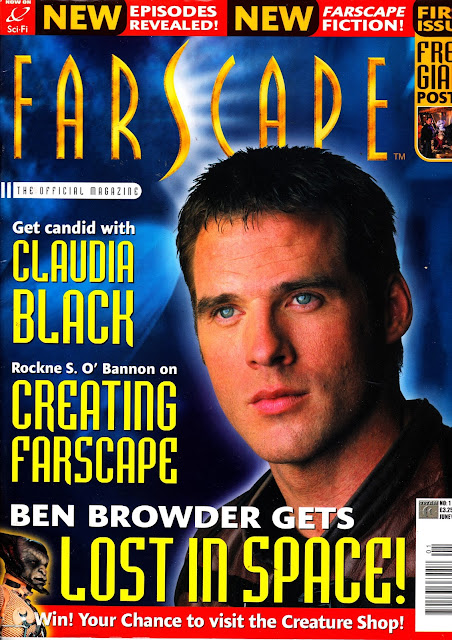 Email ThisBlogThis!Share to TwitterShare to FacebookShare to Pinterest
Labels: 2001, FARSCAPE