This wasn't the same Heat that became a sizzling success (possibly one of the last great magazine success stories before the internet made real inroads into the industry) with an understanding line-up of celebs, gossip, fashion and interviews.

When it started It was positioned as the British version of ENTERTAINMENT WEEKLY: a concoction of up-to-the-minute news and features focused across the entertainment spectrum. IPC sunk huge amounts into a strong editorial line-up, TV advertising, hoardings on Soho newsagents and - of course - this glossy giveaway.

Unfortunately the punters didn't flock in any great numbers and it looked like IPC had a hugely expensive dud. Until they reworked it and dropped the entertainment in favour of OK style celebrity coverage... and circulation figures soared. It was at they moment that I stopped buying it. 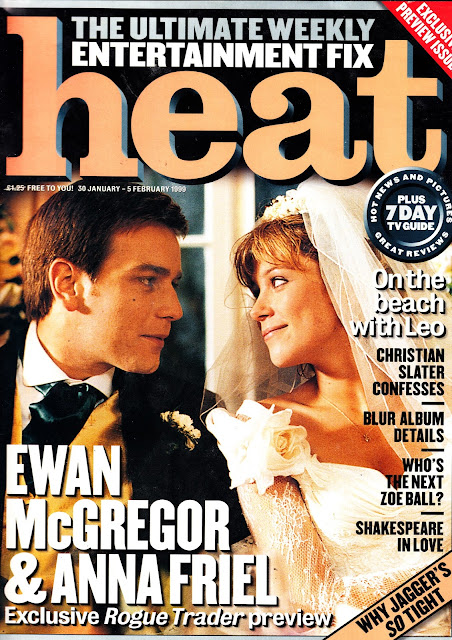