From circa 1988: the first UK sell-through VHS release of BATTLESTAR GALACTICA.

This is, of course, the shorter theatrical cut of the show's epic (but suspiciously episodic in structure) blockbuster pilot Saga of a Star World, as seen in British cinemas in 1979.

This was released around the same time as the show was getting a welcome rerun (in Its first networked slot after ITV left It to float around the regions from 1980 onwards) on BBC TWO. This release partially plugged an importantlyt gap as the BBC were forced to skip the opener altogether because ITV still held the rights as part of a separate package of Universal films and tele-flicks.They dived straight in with part one of Lost Planet of the Gods.

CIC Video was the long-standing partnership between Universal and Paramount in the UK. 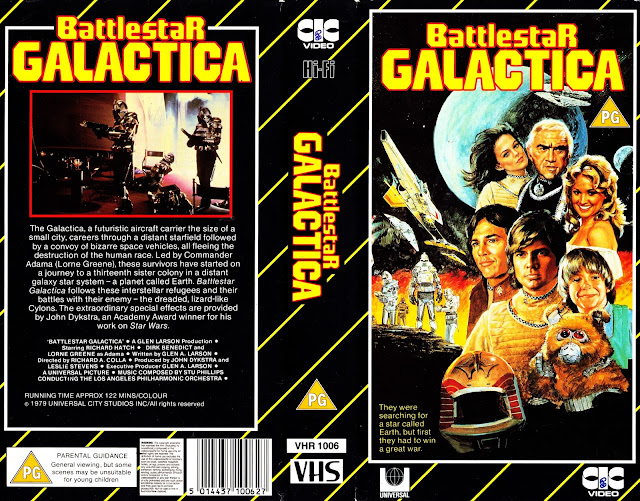