This was a COMICS INTERNATIONAL wannabe that distilled the rampant collecting-for-investment frenzy fuelled by WIZARD and the Movers & Shakers section of CI into one black & white, desktop-published compilation of news, features and - most importantly of all - which recent comic books were shifting at more than cover price (clue: you will find most of them in the 50p boxes today) and - more importantly for the fevered collector - which upcoming books might set you up for life.

By the time this issue appeared, the bottom had already dropped out of the market and publishers and shops were starting to shutter in unprecedented numbers. Unsurprisingly, it didn't last much longer.

Issue 12 was the last issue you had to pay for. Plans were announced that the title was going to switch to being a freebie but I don't honestly remember if that happened. 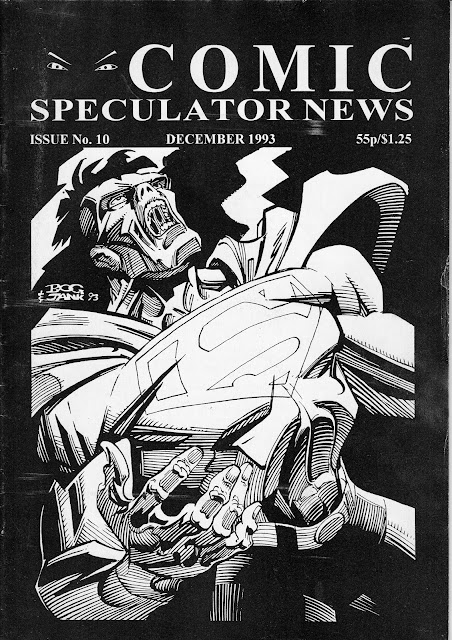