This was a spin-off from Warren Murphy's 1971 pulp paperback creation Remo Williams. The character had (almost) gone mainstream that decade thanks to the movie (which no one watched) and spin-off TV pilot (which didn't sell) but didn't quite make it. Both, however, are well worth seeing.

Marvel published nine issues of the magazine (no British editions) before pulling the plug. They percevered with a colour special which collected some of the matqerial, first published in black & white, from the first four magazines. Then they changed track and tried a four-issue comic book mini-series and one further one-shot. And then they bailed.

Warren Murphy also created the rather good but little remembered US TV series MURPHY'S LAW, starring George Segal, which attempted to straddle drama and comedy with varying degrees of success over its short run. The episode with Patrick (The Avengers) Macnee is particularly fine. It was carried by the ITV regions during the early days of overnight TV and another of the unusually fine series created by New World Television. 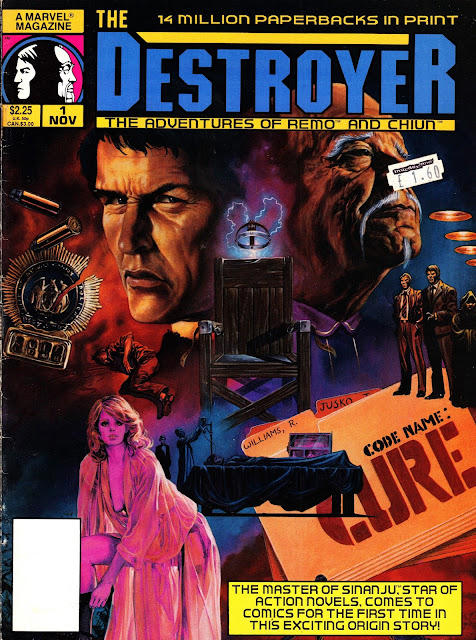