From 1993: the first UK VHS release for BABYLON FIVE.

This is the sleeve for the original rental release of the feature-length pilot episode (aka The Gathering) which was released before the series arrived.

That's because there was a gap between PTEN (Prime Time Entertainment Network - the fancy name for the package of first-run syndicated teleflicks and series Warner Brothers sold to local stations) making and airing the movie and the series proper being given the green light.

I picked this up from the Oxford Circus branch of HMV (they occasionally carried tapes intended for the rental market) and was initially not that impressed. I could see the potential byt the cast seemed a little - ahem - underwhelming in their abilities and some if the creative decisions seemed a little ill-judged (like the Command Centre that seemed to be lit like a night club). But I could see the potential.

Many of those problems were fixed when the series itself launched. And it continued to improve across seasons 1-4 before loosing it in the fifth and final year. 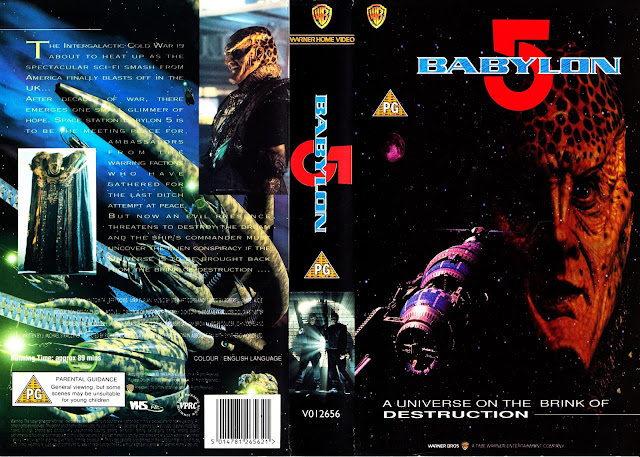