Here's a very strange House Ad from the dying days (February 1994) of MARVEL UK's GENESIS 92 line, just as the GENESIS IMPLOSION was overwhelming the line.

The fresh start, of course, turned out to be scrapping the lot.  Ho hum.

The distinctive M-UK disc design logo never actually made it into the corner box of any of the G92 books, with the exception of the last-gasp BODYCOUNT one-shot (see here) from October 1993.  It was, however, briefly adopted for the British comics and magazine line after the implosion including OVERKILL from issue 46. 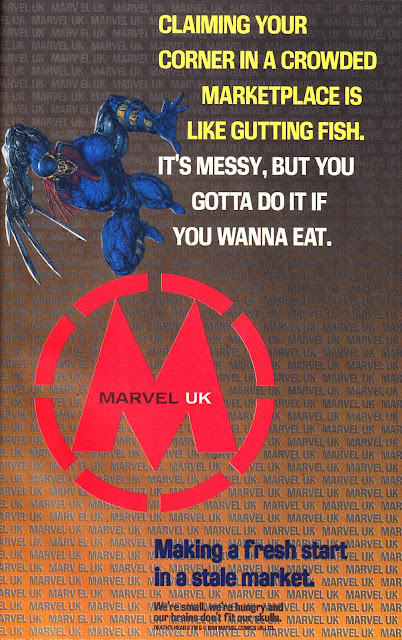