This MARVEL UK House Ad, from SUPER SPIDER-MAN AND THE SUPER HEROES (phew) issue 189 (22 September 1976), is - believe it or not - the first glimpse of CAPTAIN BRITAIN.

Yup, despite looking nothing like the character that would emerge only a month later, this was a teaser for Marvel's purpose-built (by - ahem - US creators) British hero.  It looks like Storm Shadow.

What does this tell us?
The Bullpen were very keen to keep the design under wraps?  CB was originally going to have a very different look... and a sword?  With a month to go before launch, Stan and co. still hadn't settled on a design?
I'm not really sure... but it's a fun find.

BTW: It's a landscape add because - of course - SUPER SPIDER-MAN was living through the Titans Format era. 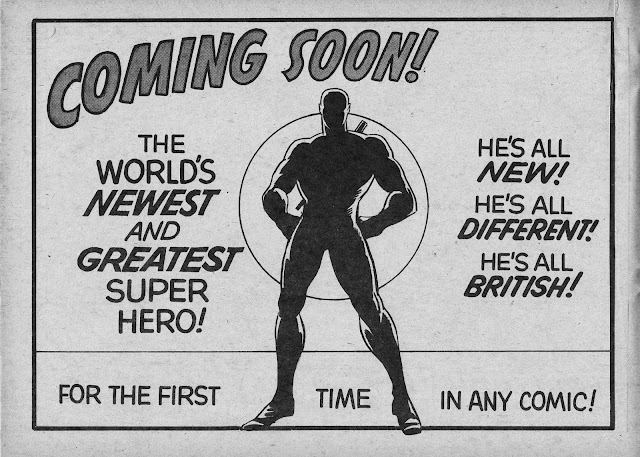