Frank (DAN DARE) Hampson needs no introduction to any connoisseur of British comics but his work for MARVEL UK is often overlooked.

He'd already contributed one centre-spread for SPIDER-MAN's weekly in 1976 and followed-up with this lovely spread from SUPER SPIDER-MAN AND THE TITANS issue 206 (cover-dated 19 January 1977).

Unlike its predecessor, it's got bugger-all to do with the Marvel Universe (despite some tenuous attempts to link it to the previous piece) and owes a lot more to his most remembered creation.

It's in the "super" landscape dimensions because, of course, SPIDER-MAN was being published in the "TITANS" format during this period.

I have no idea how Hampson got the gig and who commissioned it.  Did he pitch to Marvel or was someone, in Sevenoaks or New York, a fan of his work.  The British weeklies, still two years away from the Marvel Revolution, were still being prepared and packaged by the New York Bullpen whilst the British outpost dealt with more administrative functions. 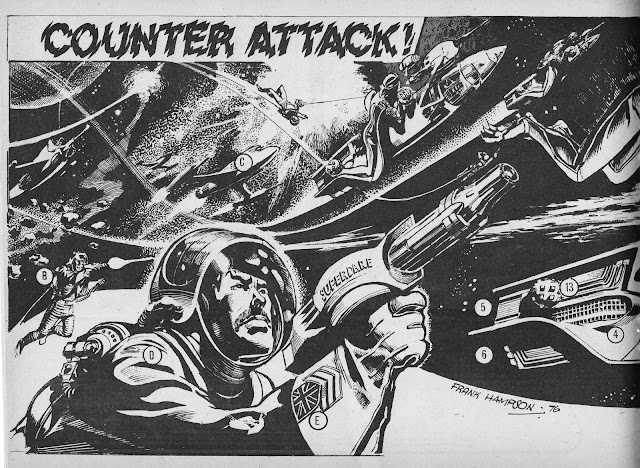 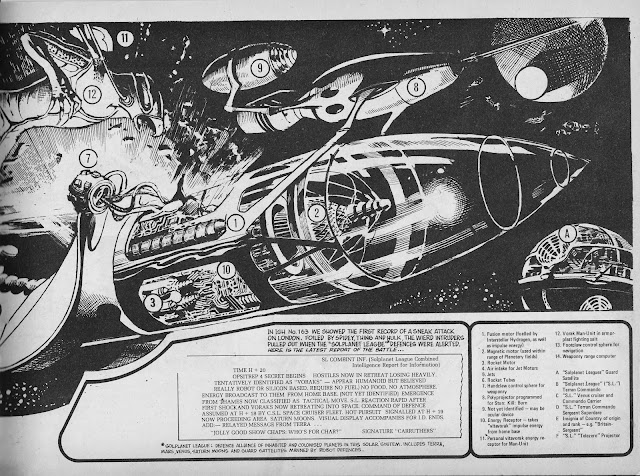