The rise-and-fall of MARVEL UK roughly coincided with the run of Steve Holland's mainstream (I used to pick up my copy each month from the local newsagent) comics magazine COMIC COLLECTOR/ WORLD which launched, during the boom, in early 1992.

I don't seem to have a complete set (or I've misfiled a few issues along the way) but I thought it would be fun to use the contemporary coverage to tell the as-it-happened history of the Annex of Ideas' excursion across the Atlantic as part of the build-up to the launch of REVOLUTIONARY WAR next year.

The story starts at the start with this announcement of the GENESIS 92 project in the news pages of the first issue.

It's interesting to note that the revived KNIGHTS OF PENDRAGON was announced under the title PENDRAGON II.  Presumably someone decided, prior to launch, that it made more sense to use the exact same title as its relatively successful predecessor.

I've posted the whole two-page spread because I thought the sale of Fleetway was a significant moment in the history of British comics as well as setting-the-scene for some of the other British comics that were around when OVERKILL launched. 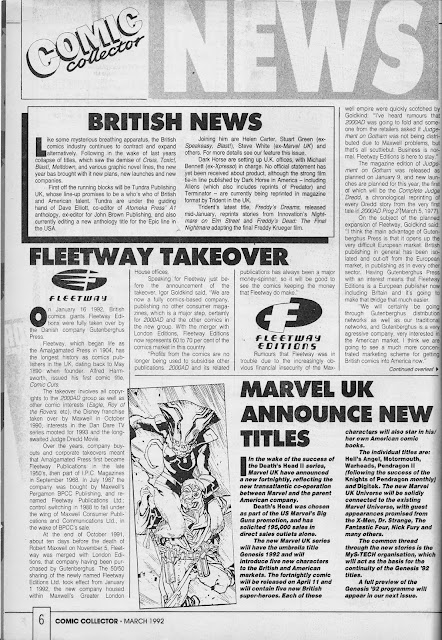 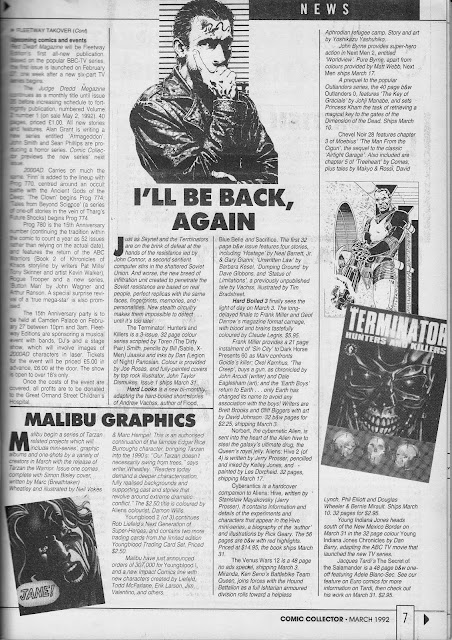 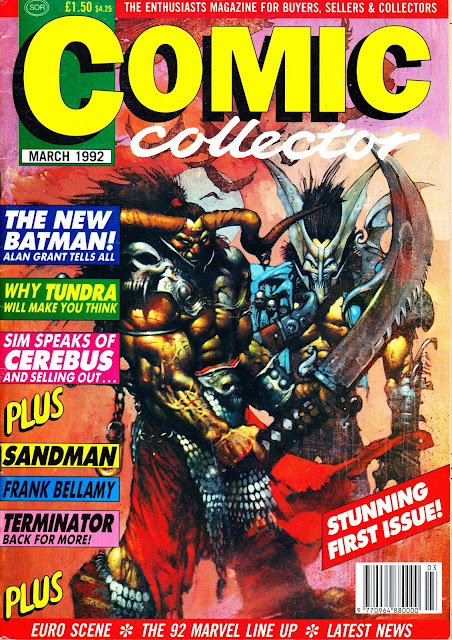