I guess sudden death (along with bad movie adaptations) is an occupational hazard in Frank Castle's line of work.  That might help the sudden and unheralded (and hardly glorious) demise of Marvel UK's THE PUNISHER comic.

Things seemed to be chugging along nicely until the sudden - and apparently last-minute - announcement that, from issue 30, the frequency was suddenly halved... to fortnightly.  And we're still waiting for the 31st issue.

Although he never had a chance to say goodbye, there was a merger of sorts when a reprint of one of Castle's early seventies adventures suddenly appeared in STRIP MAGAZINE, accompanied by a sew-on badge (similar to the ones that adorned the first issues of STAR TREK: THE NEXT GENERATION (here) and THE COMPLETE SPIDER-MAN (here). 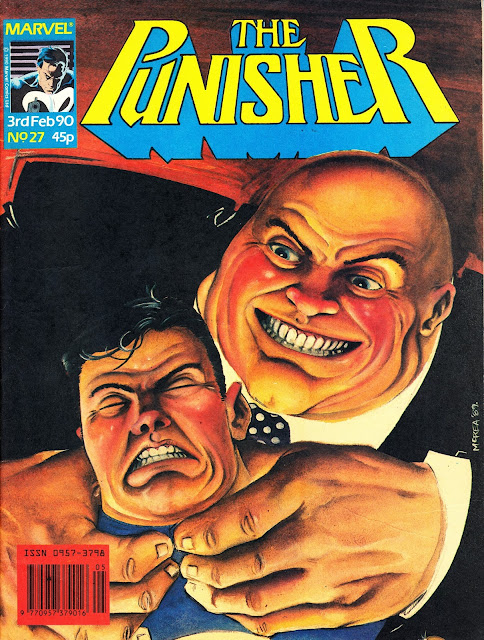 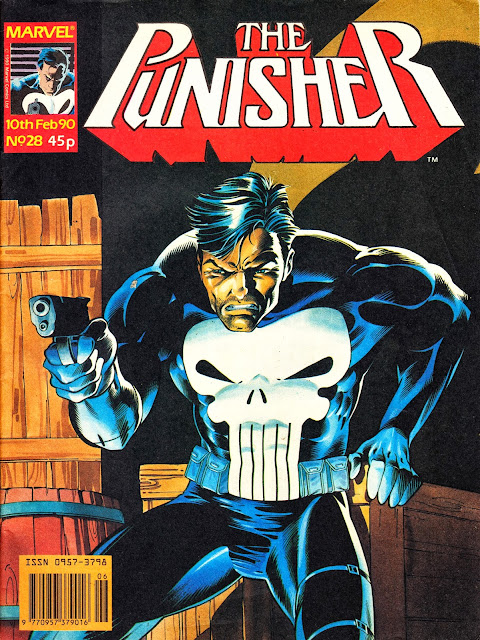 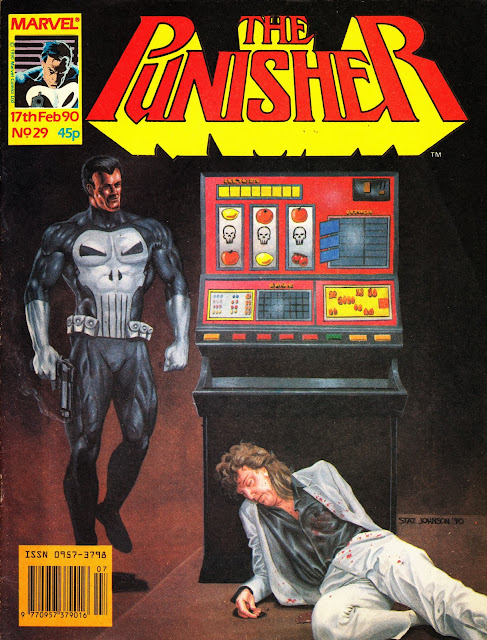 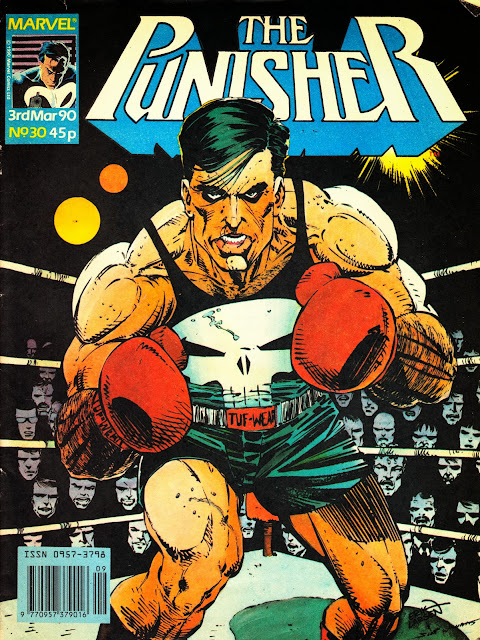 Email ThisBlogThis!Share to TwitterShare to FacebookShare to Pinterest
Labels: 1990, MARVEL UK, THE PUNISHER